Confession: I Have No Plans to Pay for My Children’s College 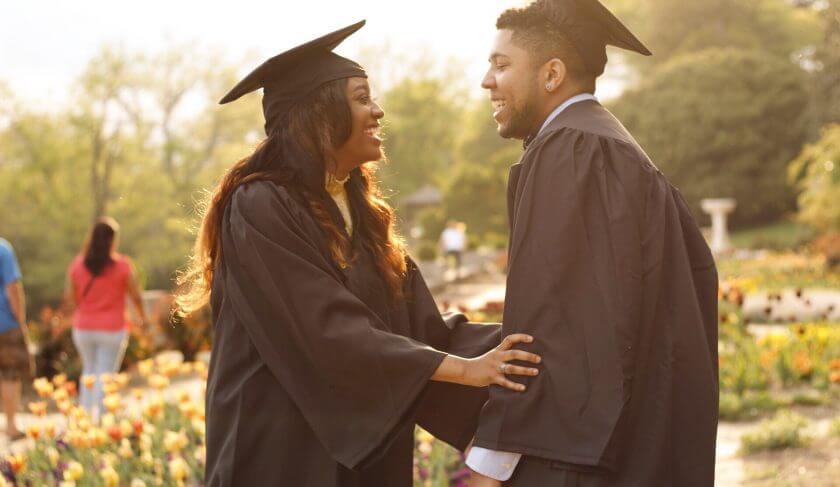 College is expensive, but my kids will have to figure out a way to pay for it. Here's why I won't pay for my children's college.

Do I think college is important? Of course. Do I hope my children go? Absolutely. Do I plan on funding the bills for four children for four or more years each?

I have four young kids, I’m a millennial sandwiched in an economy that hasn’t been kind, and I’m doing the best I can. My retirement comes first, and that’s just the way it’s going to be. Children, meet scholarship applications, because that’s what I had to do, and it will be just fine for you, too.

I worked my buns off during high school to get a full-tuition scholarship to college. And although my parents and I never actually discussed who would pay for my college education, it was pretty well understood that I was on my own.

Financial Independence is My Way of Life

This was probably because I had paid for a lot of my own way during high school already. I paid my own cell phone bill, my gas to get to school, and my clothes – and I worked several jobs. I understood that my parents couldn’t fund me, and I was OK with that. I was driven and motivated. After researching my choices, I found that a university I was considering awarded one scholarship per year to the valedictorian of each high school.

Can you guess who earned the status of valedictorian at her high school?

Looking back, I can’t believe how lucky I was to make it through a four-year nursing degree with minimal debt, although I did work hard to make that happen. My scholarship covered all of my tuition in full. I had other scholarships to help cover costs, and my parents helped out with two semesters of room and board.

I continued to work and be as frugal as I could. Buying books for biology? Nah, I’m good, thanks. I was able to graduate with my bachelor’s degree with less than $10,000 in debt from a state university and paid that off shortly after graduating. My husband had a similar path. By the age of 28, we had completely paid off our school loans, an accomplishment that I know is a rarity these days.

The truth is, college is just going to keep getting more expensive. I fully realize that the cost of college for my own children will be astronomical. In fact, the national average of sending one child to a public college for four years is $112,000. Private school is even higher, topping out at $236,000. And I have four children.

That is significantly more than my husband or I paid. But we believe it’s important for us to ensure that our present is paid for and that we are making a plan for our own future (i.e., retirement) because none of us knows what will happen.

Doing What We Can for Our Kids

Don’t get me wrong: I’ve looked into options like college savings plans. But the benefits don’t seem to outweigh the risk of our children not going to college at all, something I am not opposed to in this economy. I’d rather put my money to good use right now than bank it away, only to have it stuck in an education-only fund they can’t use later.

In the end, I’ve decided to do what I can for each of my four children by stashing away a little at a time. I set up automatic transfers to savings accounts for them so that, at the very least, they have some money ready for them come college.

But until then, my focus will be on paying down our own debt and securing our retirement as parents, instead of funding our children’s college education. I believe that if they want to work hard enough for it, there are ways to get an education without accumulating massive debts.

So, sorry, children. Mom and Dad love you, I promise, but you’re on your own for college. May the force (and your computer for those scholarship applications) be with you.

cost of college not paying for college retirement over college

Stop Talking Yourself Out of Career Advancement
Life is the topic. Money is the tool.