Someone Is Impersonating Me Online. Here’s How I’m Trying to Stop Them 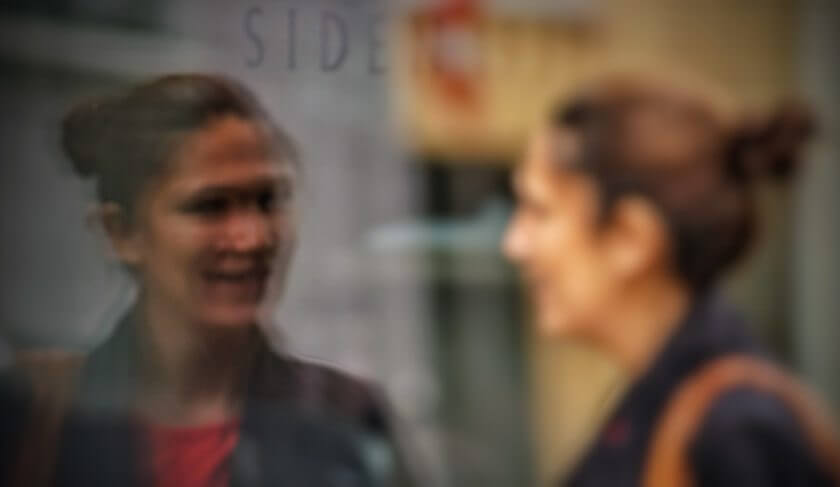 Nearly 600,000 people reported identity fraud in the first half of the year. That number includes me. Now I'm defending my reputation online.

Over the years I’ve written a fair number of articles about identity theft, but I’ve never been part of the story. Until now.

Earlier this year I became a victim of identity theft. Only in my case, the ordeal didn’t involve a few fraudulent charges on my credit card or a robocall scam. Instead, a stranger began impersonating me using a fake website he built.

Although nothing could have prepared me for the way it happened, I was ready to set up a plan of attack. A lot of what I did to undo the damage and protect myself from further harm can apply to most identity theft situations. But first, here’s how it all started.

One evening in July, I opened a Twitter message with a slightly strange request: A colleague wanted to verify I had emailed her about guest blogging on her website. Something about the message seemed fishy, she said.

Her unease was warranted. I told her the note wasn’t from me and that it must be from another Kim Porter.

“Oh, dear,” she wrote back. “I’m glad I asked. Someone is pretending they are you.” With that she sent me a link to a website, and what I saw filled me with total shock and confusion.

That’s the tagline that ran across the top of the website. It was created to look like a portfolio site, complete with a photo of me, a bio with details from my professional career, links to articles I wrote for various clients, and a call to action: “hire me!”

It was a clear-cut case of identity theft, or an “impersonation scam,” to be more specific. After speaking with some of my colleagues, I found out the scammer was emailing personal finance bloggers and offering to write for free. In exchange, the scammer wanted to include a link to a payday loan website.

If anyone had dug deeper, they would have come to the same conclusion I did: This Kimberly Porter didn’t exist.

At least two dozen of my blogger colleagues received these emails. They forwarded them to me and ended communications with the scammer. It looked like a scheme to harvest readers’ financial details, and as far as I know, no one actually hired the scammer who was posing as me.

At this point I hit a dead end. After extensive research, I’ve concluded that a Russian hacker based out of Poland set up the elaborate ruse. My attempts to get the website taken down have been unsuccessful. However, as far as I can tell, he is no longer emailing bloggers.

Unfortunately, the saga of my stolen name did not end there.

While dealing with my creepy doppelganger, a second fake “Kim Porter” emerged.

A fellow writer clued me in to a woman using the title “Kimberly Porter, CEO of Microcredit Summit.” A quick Google search revealed dozens of writers had recently quoted her as an expert in the personal finance world.

This probably didn’t constitute identity theft, but a lot of people were mixing me up with this gal — and she just didn’t seem legit. If anyone had dug deeper, they would have come to the same conclusion I did: This Kimberly Porter didn’t exist.

Kimberly Porter’s photo was used in two recent articles, and she appeared to be in her late 20s. But she also claimed she conceived the name “Microcredit Summit,” even though the website was first registered in 1997, when she would have been in grade school.

Although I couldn’t stop the scammer at the source, I realized I could set the record straight — and stay on the defense.

I did a reverse-image Google search of the photo and found it used in other articles, but associated with a different name and company. To get some clarity, I tried to contact Microcredit Summit through Facebook, Twitter, LinkedIn, email and phone.

Things started making more sense when someone from Microcredit reached out to me; they had seen a message I posted on Twitter about the original case of identity theft. It turns out Microcredit is a legitimate international fundraising campaign that ran from the late 1990s to 2016. But when their domain name expired in March 2020, someone bought it and took over the website.

I emailed all of the writers and let them know this person didn’t exist, and most of them removed references to her from their articles. Although I can’t find a direct connection between the two cases, I’m assuming they’re related because of the timing and the name.

How I’m Protecting My Name, Reputation and Finances

Although I couldn’t stop the scammer at the source, I realized I could set the record straight — and stay on the defense — using my social media accounts. I also set up a plan to protect my financial accounts, in case the scammers try to head there next.

Here’s what I’ve done so far. Note that some of these are steps everyone should consider, whether you’ve been a victim of identity theft or want to protect yourself from it:

I also notified my clients about the identity theft issue and offered to answer questions via phone call. This was hard for me. No one wants to be the freelancer with drama, but my clients also needed to protect their own businesses. I didn’t want the scammer trying to redirect my invoice payments or causing further confusion.

My clients, colleagues and social media followers were supportive, which helped me through a tough time. Over the course of two months, I spent about 40 to 50 hours dealing with the identity theft and working to protect my reputation and financial accounts.

It took an emotional toll, too, which I found out is pretty typical. Research from the Identity Theft Resource Center has shown identity theft can cause victims to feel embarrassed, ashamed, sad, helpless and angry. I worked my way through all of these emotions — especially anger — while sorting through the confusion.

And while I haven’t lost money in this case of identity theft, others aren’t so lucky. Consumers collectively reported losing $905 million in 2017, for a median loss of $429 per person. In 2019, total losses climbed to $16.9 billion, according to Javelin’s 2020 Identity Fraud Survey.

No matter how identity theft affects you — whether you lose time, money or a bit of your sanity — it shouldn’t have to happen. But as I learned, there are steps you can take to either prevent identity theft if it’s happened to you, or protect yourself in the aftermath.

JOIN THE CLUB: Own your money, own your life. Subscribe to HerMoney today for inspiration, advice, insights and more!

HerMoney Podcast Episode 235: How to Finally Write Your Novel While Working Full-Time
Life is the topic. Money is the tool. 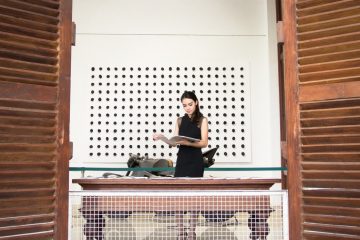