How to Say ‘No’ to a Wedding Invitation 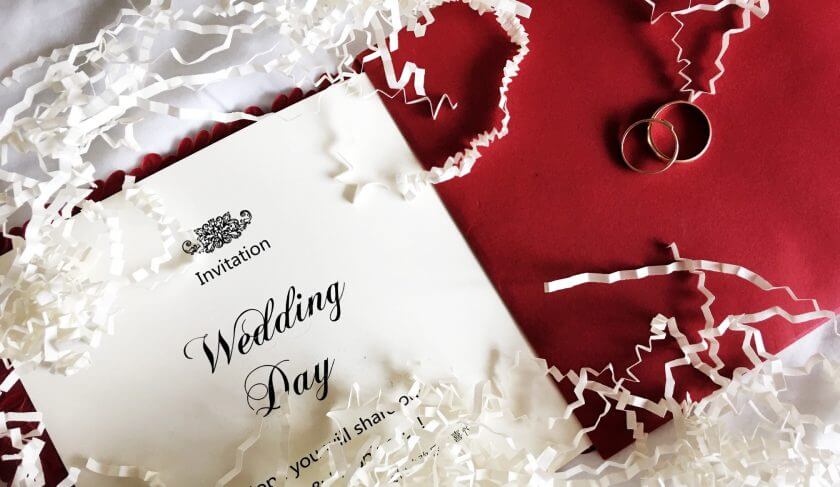 When wedding season means a mailbox overflowing with invites — and costs — what do you do? Decline with grace. Here are the four weddings you can skip.

Depending on your life stage, you might receive anywhere from a couple to a dozen wedding invites a year, and saying “yes” to all of them just isn’t feasible.

“In addition to making sure you have the appropriate thing to wear and getting a gift for the couple, if the wedding is located other than where you live, it can really add up,” says wedding planner Jason Mitchell, author of the book “Getting Groomed.” So where do we draw the line?

Here are the weddings you don’t really need to attend — and how to break the news as graciously as possible.

How to Say ‘No’ to a Wedding Invite

When They Won’t Notice You’re (Not) There

Ask yourself if you were surprised to receive the invite. If the answer is yes, then you are most likely off the hook.

“If this is a second cousin, for example, and it won’t raise eyebrows to decline, you don’t have to go,” says relationship expert April Masini. “Simply not wanting to attend a wedding where you’re not close with the bride, groom or their parents is enough of a reason to opt out.”

Other instances in which you can say no are 500-guest weddings where you won’t know anyone but the bride and groom, or celebrations that your parents are attending (they can serve as your family representatives). “Saying no can actually be helpful to a bride and groom,” says Rachel Sackheim, director of operations for Brooklyn Winery. “Sometimes couples go overboard with their invites, or extend them to people simply out of reciprocal courtesy, and the higher the guest count gets, the higher the budget gets.”

If you’re still unsure, another good question to ask is: “Will my absence have a negative impact on our relationship if I don’t go?” If you don’t think you will be missed, say “no.”

When You Haven’t Seen Them in Years

It’s a bit trickier when you receive an invite from friends you used to be super tight with but haven’t seen (or spoken to, other than on Facebook) in a few years.

“While sometimes we feel obligated to include people from our past, I think it’s more important to think about the future,” Mitchell says. “If this is a couple you see yourself getting closer with, then I think you should go for it. But if you feel like attending their wedding will be one of the last times you see them anyway, it’s an event you can forgo.”

Especially if you have other weddings in the same timeframe, it’s worth evaluating whether this one is the right celebration to attend. “If you need to narrow down the field, start with family weddings and closest friends and work backward from there,” Sackheim advises.

When It’s Your Ex

This might seem like a non-issue, but according to Masini, exes get invited to weddings much more often than you’d think. Luckily, this is an easy decision to make. “Don’t give a reason, just respond timely that you won’t be able to make it,” she advises. “Send a nice, innocuous — no double entendres possible — gift. Like a fruit bowl. Next.”

Surely there are exceptions to this rule, but if you’re even contemplating whether to go, the answer is no. Even if you’re on friendly terms.

When It’s a Destination Wedding You Can’t Afford

If your friends and family members are spread throughout the country, you may be more likely to get invited to a “destination” wedding. If you have a couple of these celebrations on your calendar, the cost of accepting these invites adds up — fast. “Attending out-of-state weddings would involve plane tickets, hotel rooms, rental cars and/or baby-sitting fees,” Masini says. You can expect to spend roughly $500 to $1,000 per wedding, per person.

The convenience factor comes into play, too, especially for international destination weddings.

“Depending on where and when the wedding is, can you combine the travel required, take a few extra days off, and make a vacation out of it?” Mitchell asks. If not, then the price you’d pay to fly out for a long weekend might not be worth the time and money you’d spend to get there.

How to Break the News

If you know you’re going to decline a wedding, tell the couple as soon as possible, advises Dorian Smith-Garcia, founder of bridal inspiration website The Anti Bridezilla. “If they send a save-the-date, this is your first opportunity to politely decline,” she says. “This also saves the couple from sending a full invitation to a recipient who never intended on coming to their wedding.” Depending on how well you know the couple (or one half of the couple), this could mean sending an email, a text, or actually calling to explain that you won’t be able to make the big day.

If you don’t receive a save-the-date, or you decide you’re unable to attend after the invite comes, Jacqueline Whitmore, founder of The Protocol School of Palm Beach, advises writing a note and including it in the RSVP card. (It could be as simple as handwriting on the reply card something like: “I’m so sorry to miss your celebration. Wishing you two an amazing day and a happy marriage.”) “If you know the person well, it’s also polite to pick up the phone and call,” she adds.

When you’re close with the couple and need to decline for financial reasons, you might also offer to “take the newlyweds out for a special dinner before or after the wedding to celebrate,” Masini suggests.

To Gift or Not to Gift?

Technically speaking, when you decline to attend a wedding you’re off the hook on any gift giving, says Smith-Garcia. “Etiquette dictates that couples shouldn’t expect or demand gifts from people who aren’t attending their wedding,” she says. (Unless the couple sent you a gift for your wedding, of course. Then reciprocation is absolutely necessary.)

However, if you’re close with the couple, sending a gift, immediately, is a nice gesture when you’re not able to make their wedding. “This makes it easy on you so that you don’t have to remember down the line, and a gift certainly softens the blow when the couples sees a ‘no,’” Sackheim says. “If you’re not attending the wedding, you can actually send a smaller gift than if you were.”

This piece originally appeared on DailyWorth on April 4, 2015.

10 Quick Fixes for Fashion Emergencies
Life is the topic. Money is the tool.