How to Raise Financially Educated Kids and Teens 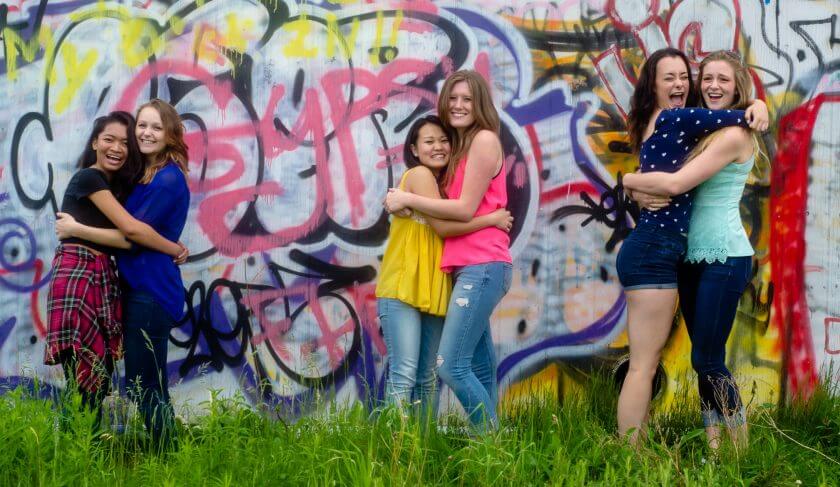 We need to help our kids learn about money before they're expected to manage it all on their own.

Everyone knows the phrase, “Keeping up with the Joneses.” What everyone doesn’t know is that it’s the name of a comic strip that ran in The New York World (and other newspapers) in the first part of the 1900s. Creator Arthur R. “Pop” depicted a social climbing family who struggle to keep up with their neighbors.

It’s a message that hasn’t lost its meaning. The lessons you teach your children about money resonate with them, even from a young age, and stick with them into adulthood. If money is a taboo subject in your house, or you and your spouse constantly fight about it, kids notice. And it shapes them.

A lack of boundaries can be particularly troublesome. Parents who can afford to give their children everything they need run the risk of their kids not learning how to do anything for themselves, says Jeannine Glista, executive director of Biz Kid$. “Eventually, every teen needs to learn how to manage money, so why not do it now when the stakes are low, and he or she can learn from their mistakes?” She goes on to explain that giving kids some “skin in the game” gives them a better appreciation for what things cost. For example, “it will take me nine hours of work to be able to afford these new sneakers, so I’d better take good care of them.”

Here are some ways that we, as adults and parents, can better help our kids learn about money before they are expected to manage all on their own.

Lesson 1: Talk About It

My parents and I didn’t talk about money until I was applying to college. I made some pretty big decisions as an 18-year-old without fully understanding the implications that student loans would have on my adult life. And I’m not the only one.

“We as a country, and as parents, have done a poor job teaching kids about money in general,” says Bill Hardekopf, CEO of LowCards.com. He thinks families should start talking about money around the dinner table. “We should teach our kids about money at an early age. Give them an allowance and let them make purchase decisions. Teach them about saving,” he says.

On one particular vacation when his three kids were younger, Hardekopf and his wife decided to use the experience to give their kids a lesson in money management: Each morning they gave each kid an envelope with money containing their daily food allowance. Whatever was left over from the day, the kids could use any way they pleased. The kids put their heads together to figure out how to spend less on lunch in order to have more money for toys. “They asked us if we could skip lunch at a restaurant and went shopping at the grocery store instead!” he said. It was a great way to teach his kids that the choices they make about money are real and important.

Lesson 2: Let Them Earn It

Raise your hand if you babysat or walked dogs or raked leaves to earn money for the things your parents wouldn’t buy you? According to the U.S. Bureau of Labor Statistics, about 34% of high school students work part time, up to 20 hours a week.

Glista has noticed that teens become a lot more interested in learning how to manage their money when they have money they earned to manage. “Having a job or [starting a] business in high school becomes the vehicle by which teens start to become financially literate,” she says. “There is such a ripple effect created from teens earning their own money. It starts with the chance for parents to have a money conversation with their teen. How are they going to divide their paycheck between saving and spending? Will they give any to charity? There’s such pressure on teens to buy, buy, buy, so having them change their mindset to saving as much as they can is important.”

Besides earning their own money, learning life skills also benefits teens that have part-time jobs. “They learn how to show up on time, be accountable, receive constructive feedback, and take initiative to solve problems,” Glista says. “Not to mention learning how to make small talk with customers, which is an often overlooked, yet important adult skill to master.”

I grew up scared of credit cards. My parents never used them. When I went to college, salespeople were hawking credit cards at the student union. “Sign up for this credit card and get a free pizza!” I met so many young people in college who took advantage of that free pizza, and racked up big credit card debt because they didn’t understand how they worked.

“If credit cards are used irresponsibly, they are the worst financial tools around because of the high [interest rates],” Hardekopf says. That’s not to say that credit cards are the work of the devil. “If you use them responsibly [by paying off your bills in full every month, they can also be] the best financial tool,” Hardekopf says. Taking advantage of rewards programs allows you to earn valuable rewards every time you spend. Other perks include travel protection, fraud protection and airline miles, to name a few.

When Hardekopf’s own three kids entered the 11th grade, he opened a credit card account with them to teach them how credit works. The kids would use their card for a year under parental supervision for everyday purchases, such as pizza with friends and gas for the car. “When the bill came in the mail, we’d open it together and go over it line by line. They’d immediately write the check, lick the envelope and mail it,” he says. He ingrained in them the urgency to pay off their entire balance each month in order to avoid an interest rate charge. “After college, they had a great credit score and credit history at a time when most of their peers were just getting a card or were already in debt.”

The bottom line: Teaching your kids about money can be done no matter how much money you personally have. Growing up with less taught me (and countless others) to be resourceful, think twice before buying once, and that financial well-being is something to work hard for.

HerMoney Podcast Episode 180: Are You Recession-Proof?
Life is the topic. Money is the tool. 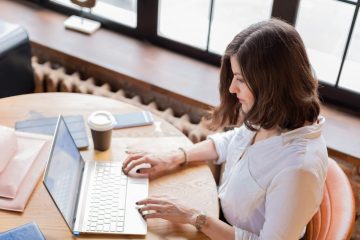 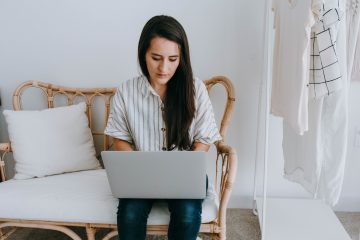