I’m A Job Hopper. How Bad Do My Four Jobs In Four Years Really Look? 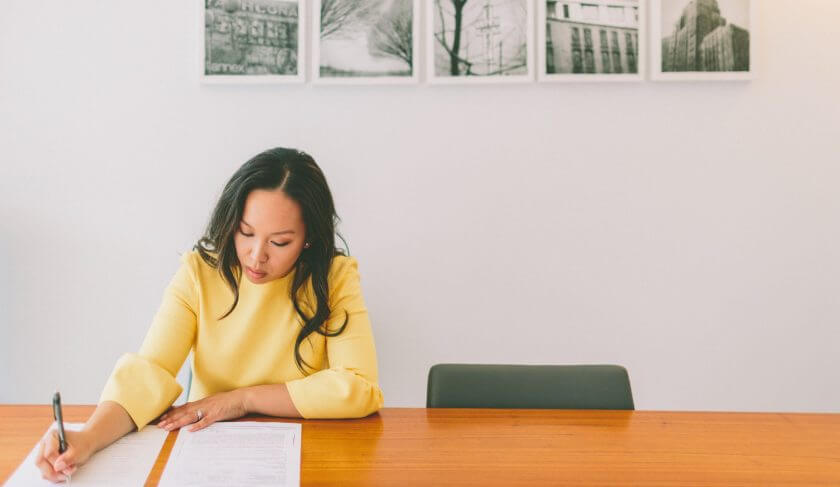 We get it, not all jobs work out, and not all bosses are the kind of people you want to work with for decades… But what happens when you leave several jobs in a row, after short year-or-less stints?

HerMoney’s JobScripts tells you in detailed, measured fashion exactly what to say in every office situation and how to respond no matter how the conversation turns. It takes you all the way through the interaction, leaving you feeling confident that YOU are the one steering the conversation. And confidence is at least half the battle. This week, we’re tackling the tricky topic of what to say in interviews when you’re questioned about your frequent job changes.

Q: I’m 28 and have had four jobs in the past four years. I know the term for this — “job hopper” — and I hate it. Aren’t your 20’s the time when you’re supposed to try several different jobs and figure out where you belong, and what you want to be doing in your career? In my last interview, both the recruiter I was working with and the hiring manager mentioned the phrase “job hopping” to me, and now my confidence has taken a hit. I am truly seeking to find a corporate home where I can grow for several years… so how can I explain my past moves in this in a more eloquent way than, “Doesn’t everyone my age do this?”

A: The first thing you should keep in mind is that companies usually see things only from their perspective — your personal growth is far less important to them than the loyalty you can offer. Hiring and training new employees is a time-consuming and expensive process for companies, which is why most businesses like to see a track record of your sticking around. They want to know that the time and investment they’re putting in on a new hire isn’t going to walk out the door in 12 months or less. In other words, they would like to hear from you that you’re not shooting for 5 jobs in 5 years.

You say: “I was trying to say yes to as many opportunities as I could, and to learn as many aspects of the field as possible. I feel that my previous years of experience have set me up to succeed in this company, which seems to be the kind of place where I can build a long-term future.”

The response you’re hoping to hear: “We are that kind of company. And we just want to know that the training and mentoring we’re giving you will result in not only you growing, but in helping the company grow as well.”

You say: “Nothing would make me happier than putting down some roots.”

Case closed. Good luck in your job search, and know that you’ve already found an understanding ally in HR.

You say: “I absolutely hear what you’re saying, but I’d like to clarify that it was never my intention to change jobs every year. There were good reasons for every one of those moves. The first company was sold and a whole new team was hired. The second job was just a poor fit for me, which was my mistake and I learned a lot from it. The third job doubled my salary. And in the fourth, my boss left, and asked me to come with him. But today I’m looking for a place and a role where I can learn and grow — and stay. I’m looking for a work home, and I am confident you are that place.”

The response you never saw coming. “Good for you.  That’s the only way to get a good raise these days, and I will be expecting that you’ll leave here in a year or two.”

You say: “Actually, there were a lot of reasons I changed jobs – it wasn’t always for money.  I don’t want you to think I’m only planning to stay here a year. I hope this is the beginning of a long and beautiful work relationship.”

Eliot Kaplan spent 18 years interviewing over 5,000 people as Vice President of Talent Acquisition at Hearst Magazines. He now does career coaching at coacheliotkaplan.com. He knows there’s a WorkScript for every office dilemma, so send your problems to jobscripts@hermoney.com for Eliot’s expertise.

Stop Judging Women for Not Having Kids
Life is the topic. Money is the tool.