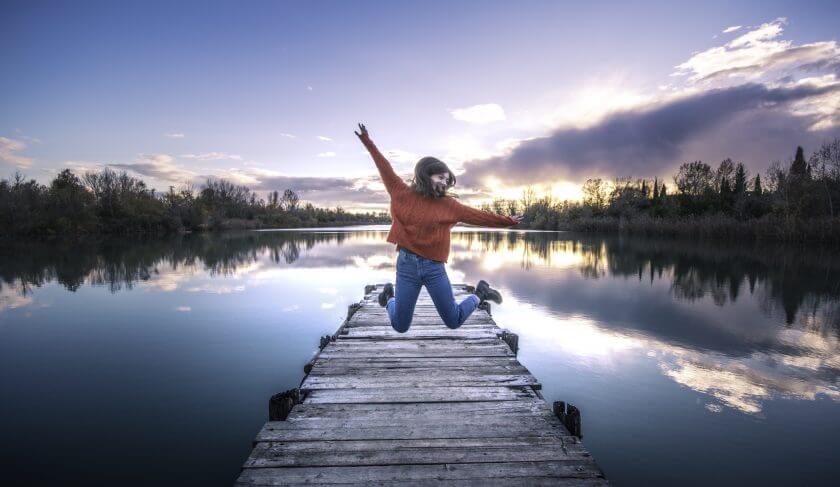 Despite the gender wage gap and sexism struggles, millennial women are managing to outshine men when it comes to financial independence. Here’s how they do it.

Moving out of my parents’ home was the scariest and most financially burdensome decision I ever made — yet also the most liberating. Even during the first few intimidating nights on my own, I never regretted it, because I knew my independence would come with growing pains. For many millennials, adulting isn’t always easy. According to a 2019 Merrill Lynch report, 58% of 18 to 34-year-olds confessed they wouldn’t be able to afford their lifestyle without some help from mom and dad. Of that percentage the majority —  62% — were men.

So, why are millennial women besting men when it comes to financial independence, particularly given that men earn more and receive more raises? Here’s a look at a few reasons for the awesome show of #girlpower in this arena, and what we can all do to maintain it.

Fun fact: Women hold more degrees in higher education than men, according to the National Center for Education Statistics. Funner fact: Women are expanding that gap each year, with 132 women graduating from college for every 100 men. Having more education has allowed women to pursue better careers and earn larger incomes, O’Connell says.

For Caitlynn Reilly, a HerMoney Facebook group member, the decision to invest in her education was an important one, even though she knew it would leave her in debt. To keep borrowing costs down, she worked as a nanny, and then once the 24-year-old graduated, she refinanced her student loans for a better rate. Today, she says her goal was and is to achieve a “sustainable mode” of living, instead of operating in “survival mode” as she had growing up. Womens’ drive to further our education gives us that extra boost that can keep us more financially stable compared to our male counterparts.

That said, we’ve still got a sizeable salary gap in America, with women still earning just about 80 cents for every dollar a man earns.  Fixing that on an individual scale by asking for more pay at the right times (take a listen to our podcasts with Mika Brzezinski, author of Know Your Value) will go a long way to fixing it on a national one.

WE KEEP OUR EYES ON THE BIG PICTURE

When it comes to spending money, women are known for being very aggressive about paying down debt and sticking to a budget, says Stefanie O’Connell, author of the financial strategy guide, The Broke and Beautiful Life: Small Town Budget, Big City Dreams. Contrary to many pop culture references (we’re looking at you, Kardashians) single men actually spend more money than women, according to 2012 U.S. Census Bureau Statistics. Women’s attitudes toward spending are generally more focused on day-to-day essential expenses, and most women tend to approach wealth management with a “big picture” attitude, O’Connell says. For example, one big picture goal for HerMoney Facebook group member Leslie Dias was to contribute 20% of her earnings toward retirement. The 31-year-old achieved this by living below her means — even when her new job began paying her 25% more than her last one. Rather than spending it, she just started saving more than ever. Leslie also elected to get rid of her car and bike to work so she could set aside even more.

WE HAVE TO WORK HARDER — SO WE DO

Many women in the workforce today are well-versed on the gender pay gap, and know that they’re going to have to work harder than the average man if they want to achieve pay parity, explains Cliff Leek, assistant sociology professor at the University of Northern Colorado and president of the American Men’s Studies Association. “If you raise girls to think that they’re going to have to work for everything, they’ll eventually be averse to dependency,” Leek says. Perhaps women’s extra financial oomph comes from being part of a marginalized group.

Often, when men don’t take chances, they’re told to “man up,” Leek explains. As a result, they sometimes take unnecessary risk that may be fueled more by social influence than rational thought — which could result in them requiring a little financial back-up from mom and dad.

Typically, women are more risk averse, explains Bob Dannhauser, head of private wealth management at the CFA Institute. While this isn’t always a good thing — studies have shown that millennial women invest an average of 40% less than men, which can mean big trouble come retirement — new data from Fidelity Investments shows that 83% of women want to be more involved with their finances and 75% want to learn more about money and investing.

This Week In Your Wallet: Summer Budgets, Happened So Fast
Life is the topic. Money is the tool.