The problem with achieving a work-life balance 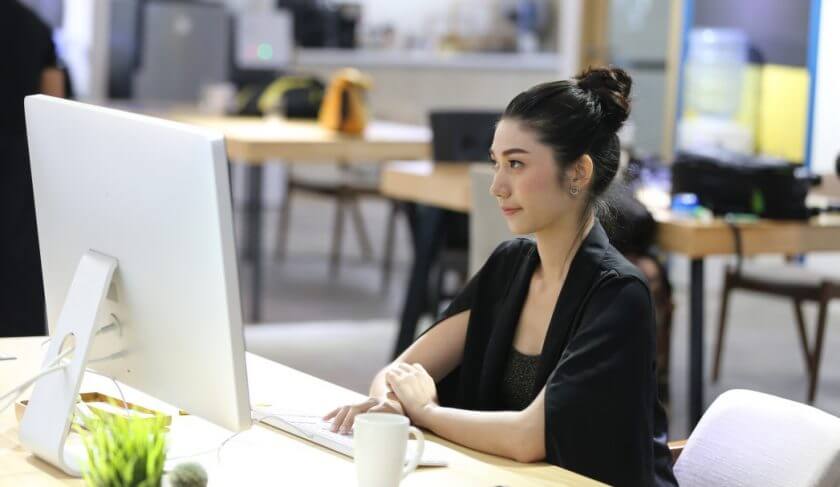 Having it all. Finding a work-life balance. However you put it, this notion of striking harmony between your career and personal life is talked about like something any of us can attain — if we only try hard enough, manage our inbox better, untether ourselves from technology, or practice mindfulness.

But for many of us, it’s one of the biggest whoppers we’ve ever been fed. In fact, one-third of full-time employees globally report that managing work and family has gotten harder in the last five years, according to a study by EY. Throw the current state of affairs into the mix with distance learning, and it’s likely that number would be even higher.

It’s often an issue of framing: “Part of the problem is that work-life balance has always been thought of as a personal issue. We talk about it in terms of what you as an individual can do to find equilibrium,” says Anne Weisberg, senior vice president at the Families and Work Institute.

In reality, “it’s a social issue,” Weisberg says. “I know it runs counter to the American ethos, but there is no such thing as a free choice. As the economist Betsey Stevenson says, all choices are constrained to some extent, so you maximize whatever you’re trying to achieve within that context.”

In other words, there’s only so much you can do on your own to achieve balance; your success depends in large part on how the system is set up in the first place. And frequently, the odds are stacked against the possibility of reaching a happy medium.

Today, working a strictly 9-to-5 job is practically unheard of; the average workweek for many goes beyond 40 hours.

A survey from the American Psychological Association found that more than half of people check work messages before and after work, over the weekend, and while home sick. Even when on vacation, 44% stay connected to work. And while 51% of office-based workers say digital tools give them more flexibility in their hours, 47% also agree that these tools have increased the amount of time they spend working.

“White-collar workers are expected to be available 24/7,” Weisberg says. “Our culture reinforces the idea that the best employees are those who are always on call and don’t have any responsibilities outside of their job.”

After all, the people who show up early and leave late, logging upwards of 60 hours a week are the ones most likely to move up the ladder.

“Employers proclaim their desire to treat staff fairly and support work-life balance, but they secretly applaud those who come in early, stay late, and go the extra mile,” says Jeff Davidson, an expert on work-life balance issues and founder of the Breathing Space Institute.

And the more progressive policies in place to help employees simply aren’t working: A study by LeanIn.org and McKinsey & Company found that although “many” companies purport to offer flexible working schedules, employees are reluctant to use them for fear of being penalized.

Organizations need to understand that the number of hours clocked doesn’t necessarily equal efficiency. Proof: A Stanford University study showed that productivity took a nosedive after working more than 48 hours a week, plus employees are also more likely to make costly and dangerous mistakes.

Rethinking the whole game may sound far-fetched, but it’s not out of the question. Recently, some Swedish companies have been experimenting with a 30-hour workweek, where staffers work six hours a day for the same pay. The hope is that this work schedule will boost productivity and morale. And early signs are promising as firms are reporting increased revenue and happier staffers.

Companies also need to stop the cycle of rewarding workhorses and punishing those who take advantage of flexible policies. The most productive and creative employees should be promoted over those who just have a smartphone grafted to their palm.

Communal tables, open bullpens, work “stations,” cubicles. Companies these days are allergic to doors. But as bright and airy as these expansive spaces are, they’re taking a toll on our concentration — and our ability to finish our work in a reasonable time frame and impeding our work-life balance. Elevated noise levels and a lack of privacy in open settings is outweighing the benefits of increased communication between staffers.

“This arrangement is inherently disruptive, particularly when it comes to tasks that require conceptual thinking,” Davidson says. “Yet firms opt for [it] because it’s cheaper to have one huge space and call it an ‘open office’ than to build individual enclosed offices.”

Organizations have to recognize that while an open floor plan might shave money off the budget in the short run, they’re hurting themselves long-term.

If you’re cubicle bound, Davidson suggests maximizing productivity by adding a sound-absorbing cork board or rug, relying on earplugs, and taking your work into an empty cafeteria or unused conference room when you really need to concentrate. “If possible, you can also adjust your hours so that you arrive earlier than everyone else and leave earlier — or vice versa,” he says.

The Problem: Lack of Child/Elder Care

The U.S. is the only developed country without paid maternity leave. The law mandates only 12 weeks of unpaid leave provided by the Family and Medical Leave Act, and some of us might work for a company where they don’t even qualify for that paltry offer.

What’s more, child-care costs have skyrocketed over the years, and the amount families are spending on care often exceed housing expenses, college tuition, and food and transportation costs.

The effects go beyond dollars and cents. A University of Texas study found that most working moms in the U.S. don’t feel supported in their role as mothers because of the lack of federally mandated paid leave. “Paid work is valued in contemporary societies, and the unpaid work of maintaining a home is often culturally invisible and undervalued,” says study author Caitlyn Collins.

Adding to that is the fact that 65 million Americans are caring for elderly or sick loved ones — with little to no government help. As baby boomers age, the financial burden will only increase, putting a particular strain on the “sandwich generation” (people with young kids and older parents to care for). “We are a nation of caregivers, but we don’t have any federal infrastructure to deal with that,” Weisberg says.

And women end up bearing the brunt of caregiving: About 66% of caregivers are female. As a result, women’s participation in the labor force has been declining. Many find it impossible to juggle home and work responsibilities simultaneously.

The sink-or-swim system that working moms find themselves in isn’t working for anyone. As women drop out of the workforce, firms lose many of their rising stars.

On the upside, “there is growing recognition that paid leave is good for business,” Weisberg says. Case in point: A small number of major companies, including Google, Facebook, and Finnegan, are implementing progressive parental leave policies. “But we also need a broader social infrastructure in place,” she adds.

Rethinking child care is the other part of the equation to achieve work-life balance. “We have to reframe our core beliefs surrounding child care, and see it as a social good rather than a private matter,” Weisberg says. “We all benefit from supporting working parents, because they’re raising the next generation of workers.”

She points out that our current system (or lack thereof) was created when 60% of households had a single income earner — now we have exactly the opposite situation. “A century ago, marriage was considered a division of labor: People wed with the intention that one person would support the family financially, and the other would handle caregiving needs,” Weisberg says. “Today, marriage is a partnership among equals. Couples form a relationship with someone whose contributions are similar to theirs, not totally different.”

Since our workforce and our relationships have shifted enormously over time, the infrastructure needs to line up accordingly. On this front, there are signs of incremental change. For instance, New York City launched a free pre-K program in 2014.

“We need to think about this as something that is good for all of us,” Weisberg says. “Start by acknowledging that we shouldn’t have to struggle with the question of how to achieve balance by ourselves. If women feel exhausted and overwhelmed going back to work after having a baby, [women] shouldn’t feel like we failed. It’s a systemic failure, not a personal failure.” We need to admit that the current structure is broken before we can begin to fix it.

From dress codes to meeting etiquette, “workplace culture is dictated by those at the top of the totem poll,” says Weisberg. So if the CEO has zero work-life balance, those below them will follow suit, scarfing lunch at their desk and answering emails at 10 pm.

Adding to the challenge is that many managers are ill equipped to understand their employees’ personal needs. Weisberg points out that some studies have shown that power diminishes people’s ability to see another’s perspective. So a supervisor whose partner stays home with the kids (or who has a full-time nanny) is less likely to empathize with employees who need more flexibility.

“In order to give people the permission to lead full lives, leaders must set new norms in the workplace by modeling balanced behavior themselves,” Weisberg says. That means taking their full parental leave time post-baby, using their vacation days, and going tech-free when not at work.

It’s clear that wide-reaching, systemic changes are needed at the legislative and cultural levels in order to have any significant impact. Otherwise, we’re left trying to find balance in a system stacked firmly against us — a world where balance can never exist.

Want to learn from some of the world’s most successful women? Subscribe to #HerMoneyPodcast so you don’t miss a beat!

How To Survive Going from Dual-Income Household to a Single-Income One
Life is the topic. Money is the tool. 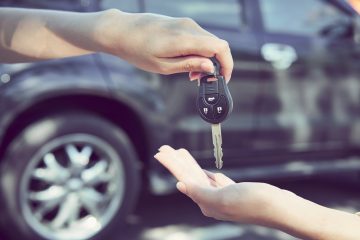 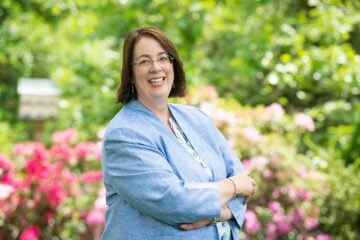 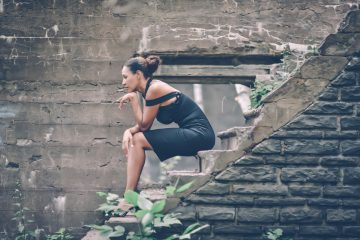 Careers
By the Numbers: How Black Women Are Really Doing Financially
by Dayana Yochim 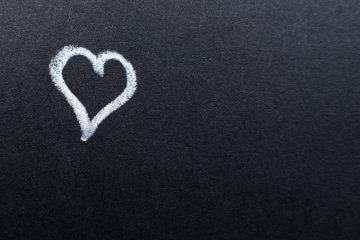 Love
What Breaks Your Heart?
by Jean Chatzky