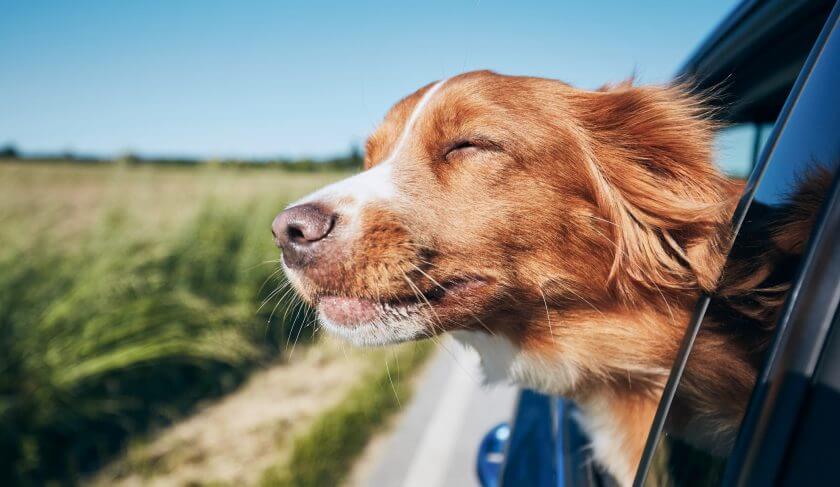 This roundup of unusual roadside attractions across the country will add intrigue — and some Instagram cache — to your next trip.

With COVID-19 making air travel riskier, it’s no surprise more Americans are opting for road trips this summer. Plenty of lists exist to help you find your prime destination. But don’t settle for a trip filled with only conventional wonders. Throw in a pit stop or two peppered with the odd, unusual and fantastic.

Your trip to Yellowstone will definitely benefit from the addition of Mel Gould’s buried silo and enclave in Cheyenne. And a trip to Whidbey Island isn’t complete without a photoshoot atop the Fremont Troll bridge in Seattle.

Check out 10 of our favorite unique pit stops below. They range from kooky and kitsch to utterly ground-breaking. They’re all remarkable — and a timely reminder that this country includes some truly extraordinary people with wild imaginations. All are open, as of this writing. Just make sure to call ahead to confirm hours.

If you’re looking for Dolly Parton meets Heidi meets The Flintstones (I mean, who isn’t?), a stay at the Madonna Inn is just your scene. Its 110 guest rooms are each whimsically decorated, some dripping in hot pink roses and fringe, some built with rough rock walls, mined from the nearby hillsides in the 1950s. Stop into the Silver Bar Cocktail Lounge for a drink while you’re there. Nightly entertainment is currently postponed, but on a future visit you can catch older adults and youngsters cutting it up on the dance floor, dressed to the nines in their best 1960s-inspired prom dresses. It’s the perfect place for a fun couples getaway. Madonna Inn, 100 Madonna Road, San Luis Obispo, California

Immerse yourself in feathers, finery and a fantastic collection of memorabilia from Mardi Gras Indian regalia, social aid and pleasure club finery, and films and photos from jazz funerals when you visit the Backstreet Cultural Museum in New Orleans. The museum’s website notes, “The Mardi Gras Indian tradition is rooted in a legacy of resistance. Enslaved Africans, escaping the dehumanizing violence of the plantation, found hospice with Native Americans.” You’ll feel drenched in exuberant splendor when you explore the small space. Backstreet Cultural Museum, 1116 Henriette Delille Street, New Orleans, Louisiana

An explosion of color, pattern, mirrors and mannequin heads welcome road trip visitors to Randy Gilson’s “Randyland” in Pittsburgh’s North Side. The artist purchased his three-story brick home in the 1990s and immediately began painting and decorating every surface imaginable. When he ran out of room there, he went right on painting the nearby buildings. Randy welcomes visitors into his back garden seven days a week with a personality as warm and colorful as his art. “I’m an artist. Well I’m really not an artist, I’m a dreamer. I really don’t know how to paint, but I have a heckuva good time finding adventure.” he told Will Clinger of Wild Travels.

After you’ve steeped yourself in Randyland, stop by the City of Asylum House Publications a couple blocks away. In 2004, Pittsburg began hosting writers who’d been exiled from their home countries due to censorship. City of Asylum/Pittsburgh offers exiled writers (and families) two years of support and assistance. The first writer-in-residence, Huang Xiang, exiled from China, covered his home with his own poems rendered in Chinese calligraphy. His work sparked similar works on nearby houses. “These house publications have transformed Sampsonia Way itself into a ‘public library’ you can read while walking,” says the organization’s website. Randyland, 1501 Arch St, & City of Asylum House Publications, 406 Sampsonia Way, Pittsburgh, Pennsylvania

If your road trip takes you across the Aurora Avenue bridge in the Fremont section of Seattle Washington, stop to say hi to the troll below. The 18-foot, one-eyed troll seems more fanciful than ferocious, even though it’s crushing a Volkswagen Beetle. Climb onto his shoulders and get a family portrait. Just be sure to include his good side — the one with the hubcap eye. Fremont Troll, N 36th St at Troll Ave, Seattle, WA

Surprised to hear of an art capital in the middle of Kansas? You can thank S.P. Dinsmoor who envisioned and built his Cabin Home and Garden of Eden art environment beginning in 1907. This eccentric character (and his much younger wife) began attracting visitors to the town in the early 20th Century. Since then, and especially after a focused revitalization, the community has focused on its artistic side and become a worthy road trip detour.

A stop offers a chance to visit the Garden of Eden, Miller’s Park filled with miniature stone buildings and mountains, (toilet) Bowl Plaza, and the World’s Largest Collection of the World’s Smallest Versions of the World’s Largest Things Museum, among other sites. Make it a layover and stay in the Garden View Lodge, a quaint clapboard house overlooking the Garden of Eden. If you’re brave, read some of the ghost stories involving the home’s previous owners before you nestle in for the night. Grassroots Art Capital of Kansas, Lucas, Kansas

If you’re taking the quintessential road trip, cruising Route 66 in your ‘59 Coupe deVille, be sure to make a pitstop in Uranus. The Fudge Factory is a must-see, with plenty of fresh-packed fudge and souvenirs from Uranus. You can also venture into the Sideshow Museum, Uranus Axehole and more attractions if you have the time. Whether or not you get there in person, be sure to visit their website. With a slogan like “Our Top Priority is Satisfaction in Uranus,” how can you resist? Uranus Fudge Factory and General Store, 14400 Hwy Z, St. Robert, MO

You may spy a “Tinker Toy Home” as you whiz down I-80, just outside of Cheyenne. Pull over for a stop, and it’s likely Mel Gould or one of his kin will come out to greet you and show you around “Buryville,” his assortment of imaginative metal sculptures. Mel started tinkering as a kid in California and one of his early inventions was featured in Mechanix Illustrated in 1961. Shake hands with the cowboy made of springs, a bright yellow, eight-legged scorpion or a menagerie of animals made from industrial tanks and other detritus. If you’re lucky, you might get to visit Mel’s underground cave, accessible from his basement and made of an interconnected school bus, silo, camper, and 55,000-gallon fuel tank that he buried in 1983. Mel Gould’s Buryville, 3558 I-80 Service Rd, Cheyenne, Wyoming

About an hour off I-90 outside of Madison, you can find The House on the Rock, a labyrinthine home/sideshow featuring a colossal carousel with 269 creatures (but not one horse), a monstrous sea creature wrestling a giant squid in a room filled with miniature model ships. It’s a dizzying and disorienting experience. Visitors start in a unique but small main house, then descend a flight of stairs into another dimension. “The House on the Rock is the weirdest, funkiest, campiest, strangest place I’ve ever been to,” said one reviewer on Google. Be prepared to spend at least three hours taking it all in, and don’t forget to wear good walking shoes. House on the Rock, 5754 State Road 23, Spring Green, Wisconsin

A few minutes north of I-70 on the outskirts of Kansas City, you’ll find a museum chock full of beautiful, intricate, and mildly gross pieces made from human hair. Leila’s Hair Museum boasts thousands of intricate hair wreaths and pieces of jewelry, most made a hundred or more years ago. Owner Leila Cohoon started her extensive collection when she was in cosmetology school in 1956. She’s been collecting hair art and sometimes just snips of hair ever since.

Ozzy Osborne visited to feature the museum in his A&E reality tv show. Leila admits she snipped a piece of his hair for her collection when he wasn’t expecting it. He seemed to take it in stride. “I didn’t want to take a chance of asking him and him telling me no,” Leila told KUCR’s Susan Hogan. “I wanted his hair so I got it!” If you have reason to believe your hair might rank alongside Ozzy Osbornes, you might plan to wear a hat when you visit. Leila’s Hair Museum, 333 South Noland Road, Independence, Missouri

Gee’s Bend is a little further afield, but still an easy day trip from Mobile, Montgomery or Birmingham, and definitely worth the detour on your road trip. The women of Gee’s Bend, a remote, rural town surrounded on three sides by the Alabama River, are known internationally for their unparalleled abstract quilts. Many have been exhibited around the country in art museums, drawing rave reviews. Take a ferry across the river and catch quilt demonstrations, chat with the quilters and purchase one for yourself. Gee’s Bend is steeped in the history of Civil Rights and abounds with important stories, so be sure to ask. Gee’s Bend Quilting community, Boykin, Alabama

None of these on your chosen path? Check out Roadside America or Atlas Obscura for one that may be right up your alley.

5 Expert Tips for The Best Ways to Shop Small and Give Back
Life is the topic. Money is the tool. 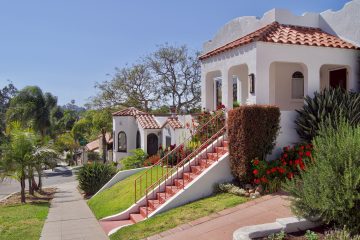 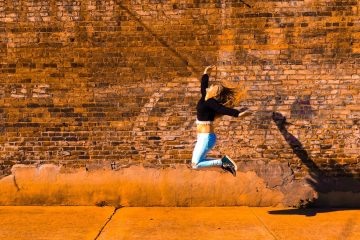 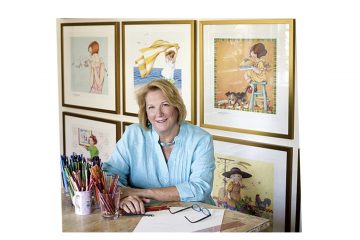