Everything You Wanted To Know About Making Money With Bitcoin, Blockchain, and Cryptocurrency 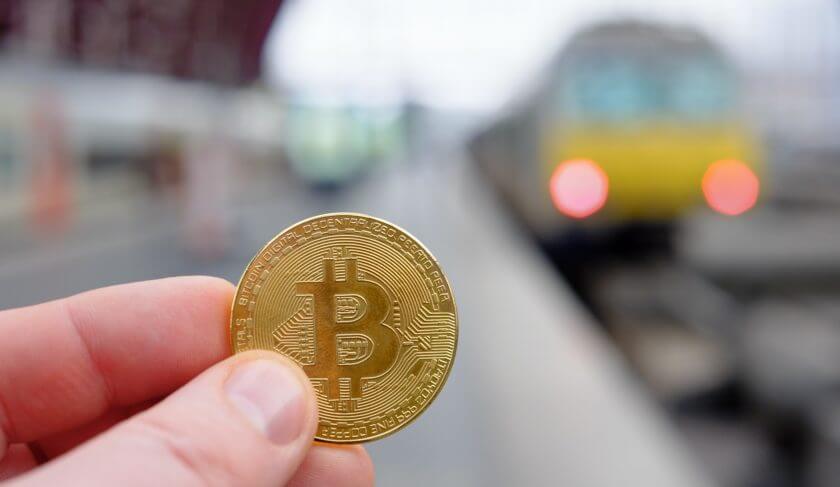 If you’re still wondering what all the fuss is about over Bitcoin, you’re not alone. Here’s the skinny on all forms of digital cryptocurrency and blockchain technology, where the real magic is happening.

If you’ve caught any news stories over the course of the last, oh, decade, you’ve probably heard about Bitcoin, a form of cryptocurrency that works thanks to something called blockchain technology. Before we get to the good stuff (like how to make money in this crazy market), here’s a quick crash course.

Bitcoin is a form of cryptocurrency, a digitally encrypted form of payment that operates without regulation from banks — or anyone else. Commonly referred to as a “decentralized” currency, Bitcoin and other cryptocurrencies are verified through something called blockchain technology.

What is blockchain technology?

Blockchain technology creates an incorruptible digital ledger of transactions, based on mathematical formulations that don’t lie. Essentially, blockchain ensures that your cryptocurrency transactions will be secure, no matter how much money you’re moving or how many times you move it. Because it’s “self-verifying,” it completely eliminates the need for banks. Pretty interesting. We’ll get to that more in a minute.

Cryptocurrency operates independently of a bank. It’s a digital currency where encryption is used to regulate the generation of units.

That’s nice, but could you explain it even more simply?

Sure. Cryptocurrency is electronic money that only exists only in the digital world. It operates using  a system called “cryptography,” which is essentially high-tech, math-intensive computer code. It’s secure because the blockchain technology it uses keeps a record of literally every transactions ever made — basically blockchain is like a digital library card that keeps a record of everyone who has ever checked out a book.

OK now that we’re on the same page …

OK yeah, as we were saying, the crypto/blockchain world is a big one, and it’s growing fast. It’s no wonder everyone wants a piece of the pie, as the “very idea of a globally accepted digital currency accessible to anyone with an internet connection is revolutionary,” says Alan Yong, founder of DNotes — a digital currency like Bitcoin.

Essentially, thanks to blockchain technology, we’re all on the threshold of a brand-new — and completely secure — way to make payments. In the near future, we might be able to buy a house with one type of cryptocurrency, pay our health care bills with another and wire money to our family in foreign countries with yet another, says Ron Wince, founder and CEO of digital technology company Myndshft.

Sounds great, but I’ve heard some sketchy things about Bitcoin … Am I really supposed to trust this stuff?

First lesson here: Not all cryptocurrencies are created equally. Bitcoin quickly went down a disreputable road when people realized it was an excellent money-laundering vehicle, says Beth Butler, real estate technology expert and general manager of Compass Florida. “A lot of the specifics around Bitcoin have cast doubt around the whole crypto platform, and that’s unfortunate. We would all have a much different picture of crypto if Bitcoin had been more transparent.”

Thankfully, as more regulation comes in around the cryptocurrency industry, the bad reputation will become a thing of the past, Butler says. “It’s had a very checkered identity to date, but that doesn’t mean that the underlying foundation of crypto isn’t solid —  it is.”

Yet even if the foundation is solid, there’s still the outrageous price swings to consider. In 2011, Bitcoin was selling for just $30 per unit, but the price then skyrocketed to nearly $20,000 in 2017. Today, it’s back down to around $9,500 per unit. Depending on when you purchased Bitcoin, you could have either made a fortune or lost one, which is one of the main reasons why crypto is not recommended for investors seeking stable long-term growth.

So, if I’m ready to take the plunge, where do I invest?

Ehhh, not so fast. The smartest investing will always be boring investing, says Mike Katchen, co-founder and CEO at Wealthsimple, an automated investing platform. Contributing to a safe portfolio and sticking to that plan is how you’re going to be successful over the long haul — but that doesn’t mean you can’t have a little fun.

If you want to invest in cryptocurrencies and blockchain, do it with a small portion of your money — under 5% of what you plan to invest. But before you pull the trigger, take a moment and pretend that you just lost it all.

“Accept the loss of that money in advance, and ask how it makes you feel,” Katchen says. “If you can’t accept that, then you should probably dial it back. If that 5% is uncomfortable, then see if 1% is fun. What would you spend at the casino?”

OK, I know how much I can afford to lose. What should I look at?

Two things: You can play with some of the more reputable cryptocurrencies, or you can invest in the technology itself — blockchain.

If you’re going the crypto route, look for currencies aligned to commercial use, Wince says. “Big enterprise companies have the resources to do fact-finding and proof of concept, and you can ride on the coattails of that due diligence. If bigger companies are betting on it, then they want to be there for a while, and they’re going to help make it successful,” he says.

To find crypto being used and developed by reputable companies, just take a peek on exchanges that offer the ability to trade crypto, such as Gemini, Coinmama or Coinbase. “Identify some currencies you’re interested in, and check out their ups and downs,” Wince says. “Choose them just as you would any other stock.”

To improve your chances of picking a good one, Wince advises asking two questions:

Lastly, if you really want to find out what’s trending in crypto, follow bloggers who track the space, Wince says. “It’s going to be a lot of people’s opinions, but they may say something that helps you validate a hypothesis or shed light on a question you had.”

If you’d rather go the blockchain route, look to invest in companies that are heavily engaged with blockchain projects. You can find some of them in the same ways that you find crypto companies — via blogs and crypto exchanges. Just look for the companies behind the currencies. Smaller companies involved in blockchain technologies may be traded on the pink sheets — they’ll have a stock symbol that ends in “.PK,” and you’ll need a brokerage account (from TD Ameritrade, Ally, Charles Schwab or similar) in order to make a trade.

If larger companies are more your speed, then look no further than the Fortune 500. IBM, Microsoft, Amazon and Oracle are all working on their own blockchain protocols, Wince says. “IBM is the furthest along right now, but everyone else is catching up quickly. Blockchain is a technology that’s going to fundamentally change the way most businesses work, so everyone is trying to get out ahead of that.”

So, when will blockchain go mainstream?

Faster than we think, Butler says. Even if you’re not a fan of Bitcoin, the currency accomplished one important thing: It got everyone talking about cryptocurrency and blockchain technology, which got more people to understand the concept, which has helped accelerate the pace at which all of this becomes mainstream.

In about five years, the technology will be everywhere. “It’s the future of monetary transactions,” Butler says. In real estate, for example, the title underwriters who write title insurance are now encouraging smart contracts — which employ blockchain technology — and are requiring their attorneys to learn more. “The regulations are already happening. That says a lot about how seriously it’s being taken,” she says.

Own your money, own your life. Follow us on social to get the latest money news and tips!

Is it Too Late to Start Saving for Retirement?
Life is the topic. Money is the tool. 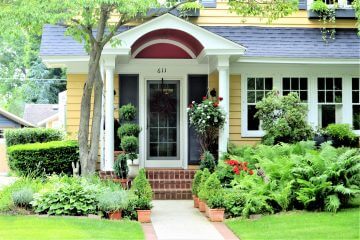 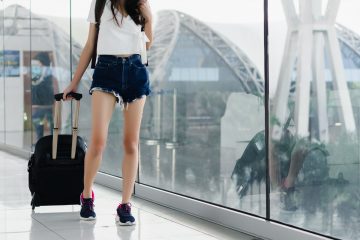 Travel
If You Have to Travel by Air, Here’s How to Get the Safest Flight for Your Money
by Hayden Field 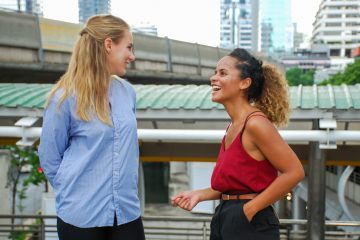 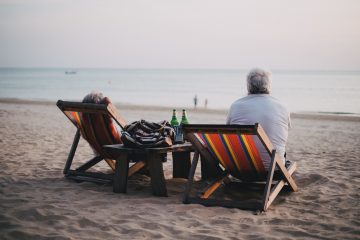 Retirement
I Have No Retirement Savings. Now What?
by Rachel Cautero