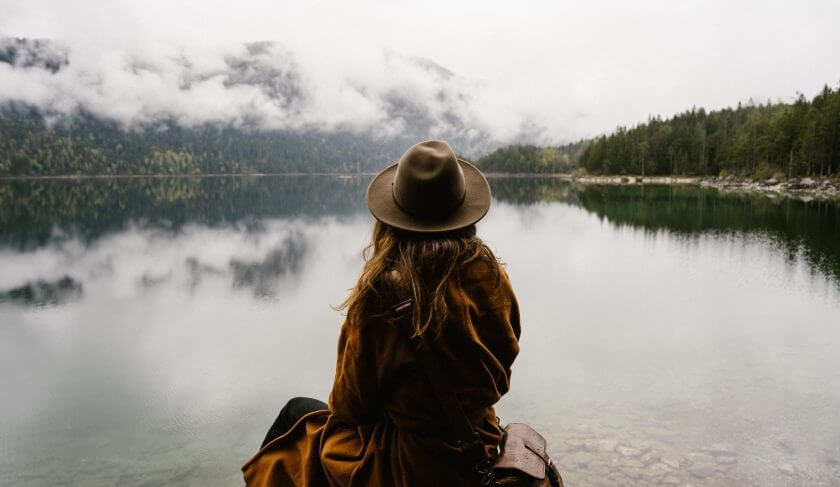 As the country’s most popular social program turns 85, here’s a look at the four ways it lets women down… and how to boost your Social Security earnings.

No, your birthday wasn’t the only one that passed this year without fanfare, or without any sort of gathering or party — the 85th anniversary of Social Security just passed, along with the 100th anniversary of women winning the right to vote. That last one you probably heard about, but it, too, suffered from a COVID-induced lack of celebration. Yet these are milestones that we simply can’t let pass without acknowledging them, without recognizing them for the sea change they ushered in to this country.

But do we really understand it? Unfortunately, no — and for that reason we’re leaving a lot of money on the table.

“We know it’s an amazing social safety net, but many divorced women don’t know that they can get half of their husband’s Social Security after a 10-year marriage, and some people misunderstand that it’s going to replace their whole paycheck — [when it was meant to be] just a safety net that enables you to stay out of poverty,” says Marcia Mantell, author of “What’s The Deal With Social Security For Women,” and founder of Mantell Retirement Consulting, Inc.

LISTEN: Marcia Mantell joined us for a full episode of the HerMoney Podcast to talk about all things women and social security. Don’t miss it!

So, even if we’re not all gathered around a big cake with 85 candles on it this year, it’s a great time to ensure you understand Social Security so that you, personally, and your family, can get the most from it. There are four specific financial gaps that impact women: The wage gap, the mom gap, the widow gap, and the care gap. We break them down for you so that you can move to close them on your own behalf and get the Social Security earnings you deserve.

This is the most relevant and persistent gap that women face, both in their careers, and as it relates to their Social Security earnings, Mantell says. Think about it this way: Women earn less pay for the same job (currently 82 cents on every dollar a man earns), which means we’re contributing less into our Social Security pot, which means when we get to retirement we have less than men, even though we’ve been working just as hard. Less in means less out, no matter how you slice it.

READ: Three Burning Questions About Social Security You Were Afraid To Ask

This is the gap that’s created in a woman’s Social Security earnings during her early or mid-career when she leaves her job to care for children. “These years with little ones are super hard, and if you don’t have a safe and affordable daycare situation, it’s just not possible to keep working,” Mantell says. “Babies are not on self-pilot, you’ve got to take care of them, but when you go back to work, you’ve lost that wage momentum that you’d built up.”

Think about it this way: During the 5-10 years you step out of the workforce, you’ve missed out on all the salary bumps, raises and promotions that your male counterparts haven’t. On your Social Security earnings statement, you’ll have earned “zeros” for those years (literally, a “0” will appear on your Social Security earnings statement), and that will greatly reduce your benefit for retirement. Even just 5 years out of the workforce can potentially cost you up to 10% of the Social Security benefit you could have had, Mantell says.

When you’re married to someone who earned more than you did, and your spouse dies, you (the surviving spouse) have the right to to claim the full Social Security benefit of the deceased spouse. This may sound fine at first glance, but if your spouse doesn’t claim Social Security with this potential eventuality in mind it can cost you. Why? Men outearn women. Men die an average of five years before women. And — and this is the problematic point — nearly half of all men (47%) claim their Social Security benefits before their full retirement age.

The men who are electing to claim early are forever leaving their widow with less Social Security funds than she could have gotten, Mantell says. “There’s a lack of knowledge about the implication of your claim on your spouse. These older widows are stuck. Their husband claimed when he claimed, and if that was at age 62, then he locked in a 25% reduced payment amount, and that will be all she gets when she’s 80,” she explains.

READ: Tempted To File Early For Social Security? Don’t Do It Before Considering These Six Things

Similar to the “mom gap,” this gap is created when you leave your employment later in your career, perhaps to care for an aging parent. But it’s during these years that you’re often at your earnings peak, and you’re trying to sock away as much money as you can for retirement, maybe even doing catch up contributions. “What do you do when you get that call that your mom fell, or your dad had a heart attack, but you were counting on those last five years of high earnings to give you a bigger overall Social Security check?” Mantell asks. If those five years are lopped out of your Social Security earnings, then your benefit estimate is already set. But the reality is — what are you going to do when your parents need you? “Women rise to the occasion. This is what we do. Real women find themselves in these situations every generation, and it matters. Even if it only changes your social security benefit by $100 a month, that is wildly significant when you’re 80 years old,” Mantell says.

How Do We Close These Gaps And Put More In Our Pockets?

At the time Social Security was enacted in 1935, it was actually illegal for married women to work in 26 states. We’ve come such a long way since then, but the Social Security math is still fundamentally the same – your individual benefit is based on your own highest 35 years of work earnings, or your spouse’s. Still, all the gaps women face mean we’re behind the 8-ball when it comes to securing a stable retirement.

Closing them is a matter of doing three things. First, do your best to understand the Social Security math. Yes, it’s complicated. But the biggest takeaway is that the closer the higher earner in your family can get to age 70 before drawing benefits (or you can get if you’re single), the more your monthly lifetime benefit will be. This carries on to benefit surviving spouses.

For women who want to be stay-at-home moms, if you’re in a position to do it, and you want to do it, go for it, Mantell says. “You absolutely are playing the most critical role in the future — I just want you to understand that down the road there will be financial implications. As long as you know that, and you’re prepared, we’re good to go.”

Similarly, understand what you’re doing when you step out of the workforce to care for older parents. Even if it seems like all of your earnings are going toward paying someone else to care for a parent, the choice to stay in the workforce and continue to earn Social Security credits can be beneficial for years to come.

Lastly, we must stay informed about where we stand financially. To celebrate Social Security’s 85th anniversary (and your own budgetary badassery) go to the Social Security Administration website, set up your account, look at your most current statement, and start to get a feel for what your future will look like. If you’re married, ask your spouse to do the same thing, so the two of you know exactly what’s going into your future calculations.

And let’s be honest, as much as we all love a good party… doesn’t financial freedom taste WAY better than a piece of birthday cake?

MORE ON SOCIAL SECURITY FROM HERMONEY:

10 Money-Saving Lessons I Learned While Exclusively Shopping Farmers Markets
Life is the topic. Money is the tool.