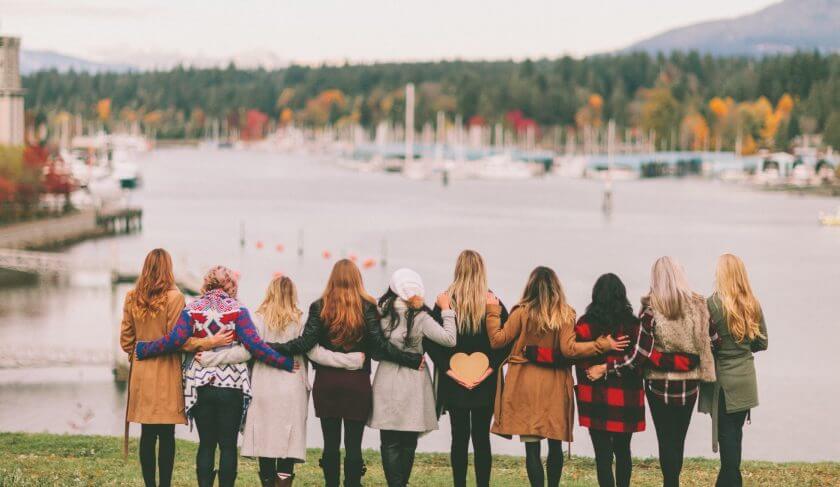 Think you’re carrying too much debt? Not saving enough? Here’s a roadmap to freedom — and some inspiration — from some fearless females who’ve been there and done that.

Sometimes, we are all afraid of the “b” word. You know: Budget. As in, an effective way to make and meet financial goals, strategically manage debt and build a happy retirement. It leads some women to establish hard-and-fast rules for how incoming money is handled. But for others? It can be scary to think about reining in our spending and potentially changing our day-to-day routines.

No matter if we’re battling monthly student loan payments or we are aiming to buy a home by the time we blow out 30 candles on our birthday cakes, the tricky part is getting started, especially when we feel like we are already treading water — or tracking behind our peers of the same age.

The good news? There is a light at the end of any dark financial tunnel — and it’s often found by seeking advice from others who have been there, budgeted-that. Here, we highlight the impressive feats of five women from different life styles and stages on how they seriously budgeted … and seriously saved.

Be intentional — and communicate openly

Though she loves her husband — freelance writer Nikki Roberti quickly figured out her mindset around money was the opposite of his. While she was more of a “seize the day” type of gal, he took more of a squirrel approach, stowing away money for emergencies. Their finances were also on different ends of the spectrum: He didn’t have a credit card, she had out-of-state student loans, car payments and other bills. Since marriage is about compromise, they decided to find a middle ground by enrolling in a financial bootcamp tailored to their needs. Their main focus was paying off her $70,000 in debt, and perhaps more importantly, developing healthy communication skills around money matters.

This class was a game-changer that has helped them through job losses, moves, mortgages, and the birth of two children. “When we sat down to do our budget for the first time, we realized we were spending over $700 in food each month on two people. When we got intentional with it, we cut that down to $300, and had $400 leftover to go toward our savings goals,” she says. Within two years, they paid off their debt — and cemented their bond even deeper. “When we met our budget, we got to do big things. We paid off all of our debt, saved up tens of thousands of dollars and bought our first house while also paying for the birth of our daughter in cash,” she recalls.

For any other dynamic duos looking to mimic this success, she stresses the value of open discussions, intentional savings and of course, patience. “Find a way to communicate with your partner. After all, a budget only works if all spenders involved are committed,” she continues. “Making cuts in your budget to achieve big goals seems daunting but it’s so worth it. Come up with your goals together — and celebrate the small steps to keep the daily grind doable.”

A year after Stephanie Jones’ husband graduated from law school, the couple was eager to purchase a home. She thought tackling his student loans was a good place to start, but she wasn’t ready for the dollar amount.  “I almost threw up when I saw that we owed over $130,000,” she says. This sum went to inspire her blog — SixFiguresUnder — and challenged this couple to restructure their spending and move fast toward their hopes of becoming homeowners.

As Jones put it, they set an audacious goal to reach debt freedom in three years. They teamed up together for a two-fold budgeting plan: Spend as little as possible, and find a way to increase their income.

“We were extremely motivated and willing to make sacrifices,” Jones says. “We made it like a game so it was a fun challenge instead of a painful chore. We kept accountable by transparently sharing our real  income, spending, and debt payoff each month on our blog. Before long, we had a community rooting for us and paying off their own debt alongside us.”

Having that motivation helped them to stay on track — and they met their goal a few months earlier than they anticipated. To follow their same path, she suggests coming from a place of “why” and not just “how.” “You won’t be able to stick with doing hard things if you’re only partly committed. When you have a reason that really matters to you, you will have the willpower to make big sacrifices and work hard,” Jones says.

Think about every penny you make and spend

At the age of 21, Raya Reaves walked up to her too-expensive apartment after a long day of work in Los Angeles, and was greeted by a “pay or get out in three days” eviction notice. Considering her paycheck wouldn’t cash for another five days, that slip of paper served as a major incentive to make changes. “I totally knew I needed a budget, because I’d had one in the past. I just lost sight of what was truly important when it came to finances,” she says.

To start, she swallowed her ego, admitted defeat and leaned into the uncomfortable reality of every single penny, nickel and dime she was spending. First, she cut back on unnecessary expenses by 95 percent (buh-bye pricey brunches) and got a roommate to make her living situation more affordable. “My goal was to always be able to pay my rent on time, pay off my debt, and finally have something in savings. It didn’t happen overnight, but with the budget, it happened,” she shared.

The key, says Reaves who now works as a financial coach, was making allotments for the variable expenses that many of us forget to record. “Things like going out to eat, shopping, toiletries, nail and hair salons never seem like a huge deal in the moment, but they add up fast. Factoring those types of expenses into your budget will make sure you understand what you truly can afford to spend on those things,” she shares.

Gather all of the facts — and get started

For Jessi Fearon, 2013 was a tumultuous year. Her husband fell out of a two-story window, causing them to eat through their savings thanks to hefty medical bills. They were also expecting their second child, and were shouldering more than $55,000 in credit card debt, and barely able to make the minimum in payments. Fearing the worst, Fearon went back to work, but when more than half of her paycheck went to day care costs, they quickly realized they needed to get serious about saving.

They started the old-fashioned way on a piece of notebook paper, tracking account balances, bills and income to figure out the smartest solution. Their goal was to figure out how much extra money they could squeeze to rebuild their savings account to $2,000 — and to determine how they could get their debt down. By digging into the nitty-gritty with every line of their spending, they saved that $2,000 in three months, and were able to pay off all credit card debt before baby number two arrived. Eventually, they created a six-month nest egg that allowed her husband to quit his job and create his own company.

Though it took time, diligence and much self-control, Fearon says the first step is the hardest — and simplest: Start with what we know. “Pull up your current checking account balance and then start subtracting out everything you know will need to be paid between now and the next payday. If there’s any additional money left, determine how you’re going to use that money to better your future self: Build up a savings account, pay off debt, save for retirement or other goals,” she says. “If the balance ends up being negative, determine what you can cut from your life temporarily while you work on building up your budget and savings. Keep repeating the process: This will never be perfect, but the habit will benefit you and your money for years to come.”

The voice behind PennyPinchinMom wasn’t always such a penny pincher. In fact, it took a difficult period for Tracie Forbes and her partner to see the writing on the wall. Or rather, in their bank statements. With two young children, they were struggling to make ends meet and were unsure of how to make a shift that would result in better money management. Then, one evening at dinner with a friend, she noticed her pal was paying for their meal from cash in an envelope. Intrigued, she inquired, and her friend explained it was a way to get spending back on track by seeing — quite literally — where every dollar is going. It was then that Forbes realized even though she was in her 30s, she’d never really had a budget, and she was long overdue to learn. “For years, I had what I thought was a budget. It was a list of names of people I had to pay every month. That’s not a budget, that’s paying bills,” she shared. “Having a budget put my husband and I back in the driver’s seat. Our money no longer told us what it wanted to do – we told it where it would be spent.”

They decided to tackle their debt and give their income and payments structure. Part of this process was an important mental shift: “There is this belief that a budget is limiting and does not allow you to spend. It is quite the opposite. Your budget allows you the freedom to spend where you want,” she says.

SUBSCRIBE: Join us every Wednesday for a candid conversation about life and money. Subscribe to the #HerMoneyPodcast so you never miss an episode.

This Week In Your Wallet: Healthy Relationships
Life is the topic. Money is the tool.