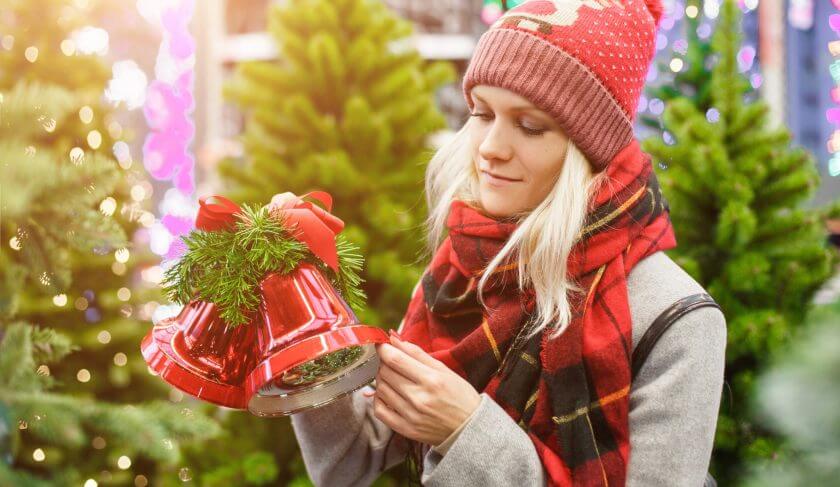 With parties to host, travel costs to cover, gifts (so many gifts!) to buy and worthy charities awaiting our donation dollars, a new study finds that some of us are willing to go to extremes to cut holiday spending costs. Would you do the same?

The season of spending is upon us, and with it the pressure to stretch the holiday budget to the brink … and uncomfortably beyond, according to a new Bankrate holiday spending survey.

Are you feeling the financial pinch yet? Consider this radical cost-cutting measure: Skip the gifts. RSVP: “Sorry, no presents this year. My money’s got other plans!”

Unthinkable? Not really. According to a Bankrate survey, 16% of people surveyed (which translates to 38 million Americans) would be willing to boycott holiday gift-giving to rein in seasonal spending.

The holidays present a panoply of opportunities to overspend. It’s not just the weak-willed among us, either: Two-thirds of respondents told Bankrate.com they’ve felt obligated to spend beyond their means during this time of year.

Show of hands: Who here felt like their holiday budget was blown even before spending a dime? One look at the price of airfare to my hometown in Kansas had me downsizing my Thanksgiving plans and thinking cotton scarves instead of cashmere for gifts. (Sorry, fam!)

According to Bankrate, 16% of people surveyed (which translates to 38 million Americans) would be willing to boycott holiday gift-giving to rein in seasonal spending.

The holidays come with a pretty hefty price tag already: The average planned outlay is $1,047.83, according to the National Retail Federation. The tab for making merry is highest for shoppers between the ages of 35 and 44 who expect to spend $1,158.63.

As a financial writer I’m obligated to point out what else that money could be doing for you. (Seriously, my editors expect it.): If instead of stuffing everyone’s stockings with cashmere you invested that $1,047.83 in the stock market and earned a 6% annual average rate of return, in 10 years you’d have an extra $800. Let it sit for 25 years and we’re talking nearly $4,500.

The financial pressure’s most acute among parents of children under the age of 18, 71% of whom confessed to Bankrate that they’ve shelled out more money than they’re comfortable with on presents. But they’re not alone when it comes to holiday spending stress:

What we’re willing to do to cut holiday spending

Skipping all the merrymaking for the next two months may not fly if you have friends and family looking forward your presence (and, let’s be honest, at least a few token presents). But you don’t have to buy in to the pressure to overspend.

The key to sticking to your holiday budget is to set expectations with your loved ones, says Bankrate.com data analyst, Adrian Garcia. “Get creative and find alternative ways to give this holiday season.” Heck, you don’t even have to get that creative. For example …

Manage the high costs of the holidays

Looking for a few more ways to manage the high costs of the holidays?

JOIN US: How are you handling the pressures of holiday spending? Join us in the private HerMoney Facebook group and share your money saving tips — and pick up a few new ones!

How to Save Money During the Holidays
Life is the topic. Money is the tool.