The Unexpected Costs Of A Pet Brought Home During The Pandemic 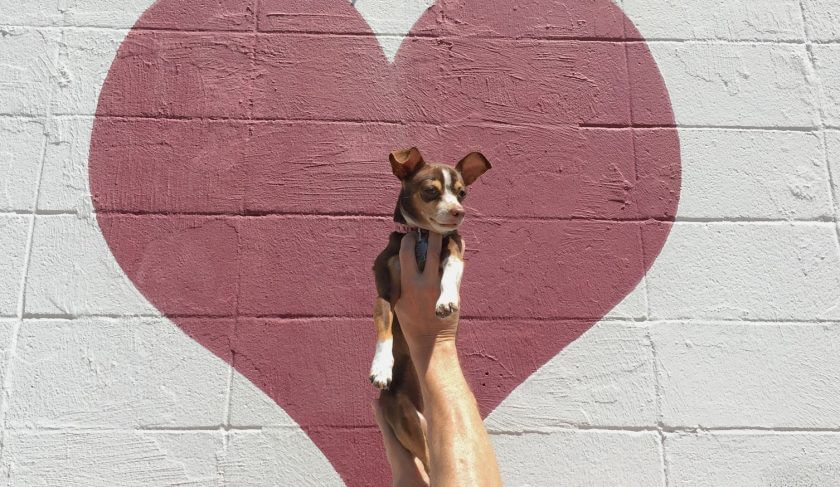 Are you considering getting an animal companion, or did you already? Here’s a look at the surprise costs that may come along with having a new pet.

If your social media feeds are anything like mine, it seems as though everyone you know has adopted a new fur baby during the coronavirus pandemic.  Since March, pet adoptions have surged in America, according to some shelters. Early in the pandemic, shelters prepared to close to prevent the spread of COVID-19, which increased the necessity for the rush to rescue… Pair that with the boredom and loneliness many were facing during shelter-in-place orders, and you have the perfect recipe for a new puppy.

But that cute face comes with a pretty price tag. Owning a dog can cost up to $42,545 over the lifetime of the animal, according to CNBC. And even if you think you plan and budget it all out, there *will* be surprise expenses that no one can predict… But what are some “for examples”? The women of the private HerMoney Facebook group weighed in on some of the biggest and most expensive unexpected costs of owning a pet.

Melanie B. reminded us that dogs need dental work, too. “I had a chihuahua and I had to have them cleaned six times over the course of his 15-year life. Always had some extractions.” Karen M. agreed with this one  “Last time we had that done, it was in the vicinity of $500. Canine dental care is costly,” she wrote.

And if you want to travel (I know, not anytime soon, but eventually), be sure to factor in the cost of boarding your pets. Stephanie F. suggested hiring someone to stay at your house with your pets while you’re out of town since it tends to be cheaper than boarding. “It’s much better to hire someone to watch the dogs and watch your house at the same time (or take them to a generous friend’s house). Also their medication and testing gets expensive as they get older.”

Karen M. shared her pricey boarding experience with the group: “We have two large breed dogs and we were charged an extra fee from the kennel because our older dog developed separation anxiety so we found someone to come to our home for $40 a day. It was about half of what the kennel charged AND they are so relaxed and happy. Plus she also takes care of our seven chickens and watches the house too!”

And then comes the furniture conversation. Yes, puppies chew. And yes, even if you train them, they will still chew up everything in sight. And yes, then you will have to pay to replace those items.

“My Boston [terrier] has chewed up three doors in my house so that’s an unexpected expense that I have to get the doors replaced,” says Beth M.

Keeping your fur babies healthy will rack up a major bill. “Annual [vet] visits can be budgeted. Unexpected vet care can happen just like unexpected people’s healthcare. Years ago we got a puppy who caught parvo. I spent a couple of thousand dollars, which I didn’t really have (I was a “poor” single mom) and unfortunately the puppy relapsed and eventually died anyway. Fast forward 20+ years, our doggie got out of the house accidentally and was attacked by a coyote. Emergency vet bill and after care was over $2,000; Luckily we had that money and she recovered. Even end of life care costs money for animals. And you love them, so it’s easy to get into a head game about what you should do to save them. It’s hard to make decisions about what you can afford and also what is really feasible regarding the animal’s care and quality of life. They can’t talk to us to tell us their wishes. Also, no one feels good about making decisions not to do things, we get a lot of guilt about it,” writes Dana O. of her pet experiences.

Pet insurance can help to keep those costs in check, but the premium is not cheap. “Pet insurance is impossible due to the cost for multiple pets. For one, it’s a good idea. I was at the vet at least twice weekly for a while for treatments for a 16-year-old cat with chronic kidney disease. I also am years later still paying on cancer, emergency treatments and end of life for a senior rescue pug who has died. Some of us have great emotional difficulty making financial decisions fraught with trauma,” says Roberta F.

Alison M. suggests that pet insurance might not be out of the picture for everyone. “Shop for Pet insurance, there are some good ones out there. But note that the older your pet gets the more expensive the insurance is,” she says.

I know we all hate to think about it, so we don’t, but Beth M. reminds us that “the expense of euthanasia and if you want to have your dog cremated,” are to be considered, as well.

Rachel I. & Alison M. both suggested creating an emergency fund for your pet starting from day one so if an emergency arises, you will have funds put aside to pay for it. Starting early is key, since the pet is less likely to have an emergency in its young years. The idea is that it keeps growing as the pet ages so when something does come up, you have years of savings ready to go.

But the most common thread in the entire chain? Pets are family and they’re worth every penny. Now, per my instruction, go give your pet some love. I know that’s what I’m about to do.

What Is a High-Yield Checking Account?
Life is the topic. Money is the tool.