Can You Go From Being Time-Starved To Time-Affluent? It’s Possible. 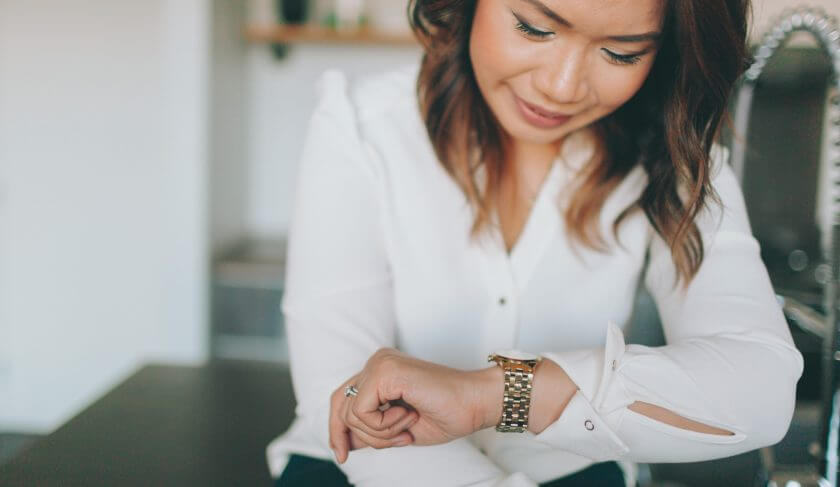 Here are four ways to reclaim your dominance over the clock. You just have to choose to embrace them.

In a  Washington Post Column, professional advice-giver Carolyn Hax (love her!) took on the topic of burnout – which is really the issue of time. A reader wrote her of their predicament: “Between work, my commute, working out every night and trying to lose weight, trying to get everything else done that needs to be done… I’m exhausted.” So am I, just reading this list. And so are many, many other women – 61% of those under 50 feel like they don’t have enough time in their day, according to Gallup research, vs. 48% of men of the same age. “You need some downtime,” Hax opined, which includes relaxing and doing nothing  – and not feeling even slightly guilty about it – if that’s what you feel like doing.

Easier said than done? Perhaps.  But in my new book Women With Money, I explore the fact that while money can sometimes be a rare resource, you can, even if you’re not all that successful, acquire more of it. You cannot, even if you’re hugely successful, acquire more time.  There are 24 hours in the day, 365 days in the year and 83 years in the average woman’s lifespan. The list goes on. But, as my ex-husband likes to say: Assets are fungible. What you can do is use money to get other people to take tasks you don’t particularly find joyful off your plate so that you don’t have to do them.  In other words, you can hire out.

“Time is an ultimately limited resource, but money is not,” says productivity expert Laura Vanderkam. “As long as you’re on track for retirement, we need to give ourselves permission to spend money as a tool to buy time.” Which, particularly during our busiest career and child-raising years, is our scarcest resource.

Amen to that. So how do we make the trade?

There are those times, as financial coach Cindy Troianello notes, that using your own two hands to do things for yourself and your family feels really good. “People go out to dinner all the time,” she says. “Going out to dinner or picking up food on the way home has to be five times more expensive than cooking yourself.” This particular example resonates with me because I like cooking – and not just at the end of the day. I’d rather have friends over for dinner than go to a restaurant. And it makes me feel good to cook the traditional foods at the Jewish holidays (preferably with my mother or my daughter). I wouldn’t dream of ordering up a kugel or knaedlach (look it up.)

What wouldn’t I do? Garden (which I know many people love). Or iron (which my mother has always found surprisingly restorative). The point is that when you’re choosing to trade time for money, it’s as personal as any other financial choice. You should be selective in the ones you decide to offload.

And The Financial Filter

Question No. 2  – when you’re evaluating whether to outsource something you would rather not take on yourself – is: Is an hour of your time worth more than it costs to get the job done? If you earn an hourly rate, you know what that number is. But what if you’re on salary? Take your annual wage, delete the last three zeroes, and divide by two. In this equation, $80,000 a year becomes $80, divided by two, $40. That’s the rough cost of an hour of your time. Note: It’s not a perfect measure, but knowing it helps.

Is an hour of your time worth more than it costs to get the job done?

And don’t let anyone make you feel guilty about it. That’s the conclusion Gina, (from my book) a 36-year-old market researcher with two kids in Pennsylvania has come to. “It’s been a big shift for me,” she says. “Today I’m fine with having a housekeeper if it’s going to make my life less stressful. That goes hand in hand with balancing a family. In fact, we were just discussing whether it made sense to start paying someone to start picking up the kids because that’s going to get harder, too.”

Another way to buy yourself more time is to get comfortable with the notion of things being done well, but not perfectly, or sometimes not at all. Take making the bed. Yes, there’s a bestseller devoted to the fact that doing it regularly makes us happier and more successful. But, what if you didn’t? And what if you didn’t roast the chicken but instead bought a rotisserie one for roughly the same price? Or, skipped washing (and drying and ironing or curling) your hair and threw it up into a messy bun instead? The world wouldn’t end … it might not even notice.

Finally, there is one specific thing we know makes for a more satisfying trade-off than others: a shorter commute. The commute – whether you drive, take the bus or ride the rails – is the low-point of many people’s days. Or, as you may be more accustomed to thinking about it, the is-this-traffic-ever-going-to-let-up-because-I’m-already-late-for-my-meeting-and-I-still-need-caffeine commute. Commuting sucks. Take it from a woman who’s done it for 23 years.  If you’re looking for ways to build more time into your day, consider giving up a little space for a little more time (because shorter commutes = higher real estate prices) and you’ll probably be happier.  Or, notes Vanderkam, ask to telecommute a day or two a week.  The expense of outfitting a home office is worth it to show your manager you’ve created a professional workspace that will allow you to get the job done.

Sit down with Jean every week to dish on all things money and life. Subscribe to the podcast today! 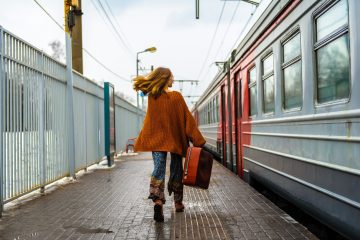 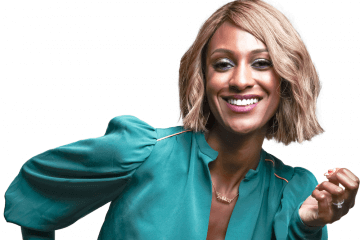 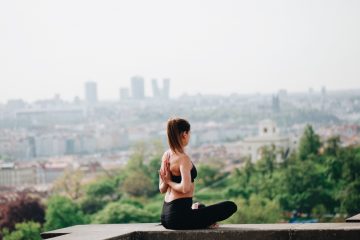