This Week In Your Wallet: 23 And Me, Boomerang Kids, And A Scam Alert 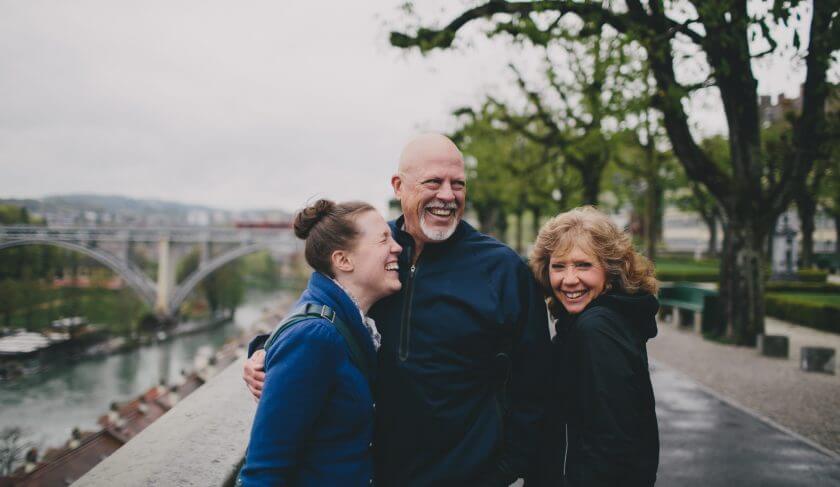 Okay, who watched this weekend (my hand’s raised high) as the U.S. Women’s National Soccer Team took their fourth — fourth! — world cup? The women on the team (who refer to themselves as 23 best friends) helped phrases like “play like a girl” start trending on social media, as much of the country celebrated female power at its finest.

But could they still have their biggest battle ahead? The women were still on the field when chants of “Equal Pay” began emanating from the crowd — but it likely came as no surprise to the players, who sued their employer (The U.S. Soccer Federation) in District Court in March for their gross discrepancy in pay when compared to male players. Exactly how much less they’re paid is somewhat tough to quantify, though the lawsuit cites one example in which they make just 38% of what a male player would earn.   And, as NPR reports, the US women will receive a $4 million bonus for this victory.  Last year’s World Cup winner received $38 million. Gulp.

Of course all of this ties into the larger worldwide discussion around pay equity for women — whether their office is a soccer field or the medical field. Today, women on average earn 80% of what a man does, and though the gap has shrunk from 64% 30 years ago, we still have a long way to go. If you’ve been inspired by the big win for women this week, don’t let your passion die down with your applause. Depending on who you are and what position you’re in, hire more women. Promote more women. Gather your research and ammunition (in the form of value you’re bringing to the company or added worth on the open market) and ask for more money. Tell your boss and HR department that pay equity are important to you. The pay gap will continue to thrive in silence, so it’s time we all kept cheering.

No, That’s Not Avon Calling

And it’s not the government, either.  If you’re like the reporters on our team or Michelle Singletary, who wrote about this phenomenon in this week’s Washington Post) you’ve gotten a call from a recorded voice or person purporting to be the government, threatening to “suspend” your social security number due to illegal or suspicious activity, or unpaid taxes. Of course, it’s a scam — it’s always a scam  — and you should immediately hang up.  rouble is, these scams are increasing in cleverness and frequency, at an alarming rate. The IRS just issued a consumer alert about these scams “evolving,” noting that callers have been “spoofing” (lingo for making the call look like it’s coming from) the Social Security Administration’s toll-free fraud hotline, making the call look totally legit at first glance. They can also spoof numbers with area codes from your city, making it more likely that you’ll pick up, and sometimes these calls don’t sound so bogus — rather than a robotic voice threatening to put you in jail, you might hear a helpful representative from the fraud department, just wanting to “confirm” your social security number to clear up a quick problem.

Senior citizens are particularly at risk for falling victim to this scam, not because they’re gullible, but because they’re the most likely to panic, given that 57% of retirees rely on Social Security as their primary source of income. “If you’re frightened that your Social Security number could be suspended and as a result your monthly benefit check withheld, you may be so worried about your money that you panic and pay up or tell the caller whatever he or she wants to know,” Singletary writes. And, thanks to countless data breaches and the accessibility of social media, today’s scammers may have enough of your personal information to on hand to convince you that they are a real government employee. So, stay vigilant, and call mom and dad and tell them to be on the lookout, too.

When The Empty Nest Fills Back Up

The concept of the “boomerang generation” — the young adults who may go off to college or their first jobs, and then move back home with mom and dad — is nothing new. But it is more common today than with previous generations, and many parents are struggling to cope with managing their child’s stay, both financially and emotionally, and forging a new relationship with the independent, curfew-less adult living in their home. In New York Times article last week, Paul Sullivan writes that parents of boomerang’ers need new guidelines, and that “changing roles can be more difficult for parents than for their children, who are starting fresh.” Children need to understand that while they’re being welcomed, they don’t have the same rights they did during their high school years. In other words, if mom was the chef and dad provided laundry services, the child will need to quickly adjust their thinking about household responsibilities — they should be the ones solely responsible for all their needs.

Additionally, parents would be wise to set expectations around duration of stay and financial obligations before their child moves in. For example, if their stay is to exceed no more than a year, make that clear up front, and talk to your child about how you can help them prepare for that deadline. Perhaps start by helping them set up a savings account, retirement account, or apartment fund. If you expect them to chip in for overall household bills (in addition to the cost of their own food and clothing, which they should absolutely be paying for) then have that discussion in advance, too. The point is that you’re setting expectations and that you and your child are on the same page. Lastly, and perhaps most importantly, take time for some internal dialogue with yourself. If your child’s short stay turns into a long stay, will you be okay with that? Are there underlying issues that may be preventing your child from launching fully into adulthood, and do those need counseling or treatment? What do you hope to get out of the next few months with your child? This adventure, like most others, will probably go more smoothly if you tackle it with an open mind and open heart.

When Debt Makes Decisions For Us

How much do your student loans influence your life? Certainly, there are bills to pay that can be an albatross, but a new study from SavingforCollege.com shows that the threat of student debt is completely altering people’s career paths. More than half of Americans who owe $55,000 or more in student debt took a job outside of their field in order to earn more cash more quickly, compared to 29% with no debt. A further 30% of all people with debt agree that their need to pay back their student loans is hampering their ability to further their careers. A recent study calculated that every additional $2,500 in student loans lowers someone’s likelihood of being employed in a job related to their major by almost 5 percentage points. No one likes to think that their debt will dictate their future, and one way to make sure you’re not buried in loans is to think about college as a value proposition, and really do the math on the total cost of your attendance compared to your future salary. You can also take a look at some of the most valuable college majors, to make sure you’re putting yourself in a position where you’ll be able to afford rent, food, and that monthly repayment check.

boomerang kids scam alert this week in your wallet

Amazon Prime Day: What Not To Buy (Or Not) On Amazon
Life is the topic. Money is the tool.