Stop Judging Women for Not Having Kids 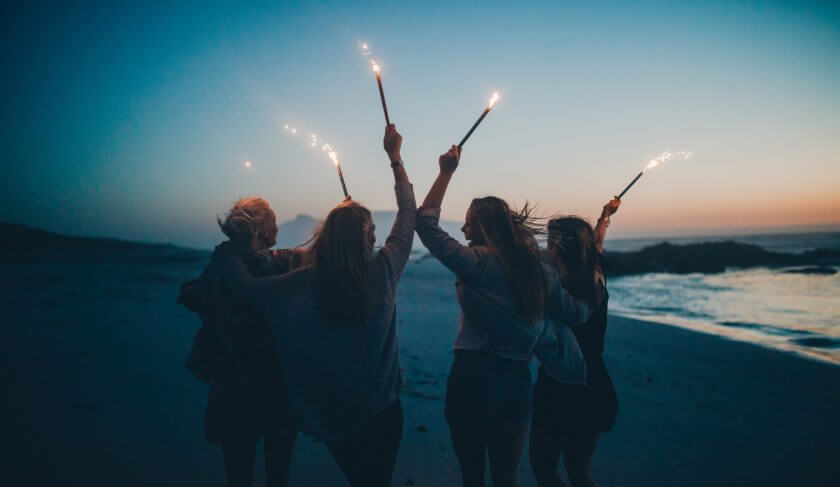 I am a woman who has happily made a childfree nest, and I don’t need to feel guilty because I don't want kids.

After relocating to a new city, I was invited to join a local women’s book club. A group of 20- and 30-something women clustered in the living room, pouring drinks and chatting away, immediately welcomed me. A few cocktails in, we’d glossed over the book and the conversation turned to babies. Specifically, when everyone planned to have them and their excitement to conceive and be a good mom. Though no one at the time was expecting, the eager responses flooded in. When it was my turn, I took a sip of wine, hesitated, and told the swooning group that I do not want children. The banter slowed to a halt and they stared me down as if I’d just confessed to a crime. After a moment, the woman beside me gently said, “I’ve thought about that, but I just couldn’t live with the regret.” I was never invited to book club again.

When I was in my late 20s, women around me began pursuing pregnancy and motherhood. While I wrestled with the decision, I knew in my heart that I did not want to be a mom. Not wanting to make an irreversible decision, I held off on sterilization as I waited for the deafening tick of my biological clock. It never happened.

Being Childfree is My Right

As a pro-choice woman, I believe that “choice” extends beyond the political debate to include any decision you want to make with your body. I expected the same support from my fellow ladies about my choice. But as I aired my decision to friends and acquaintances, I began to get subtle signs that I was seen as an outcast not just by society in general, but by other women too. I never imagined my decision would elicit pity, judgment and even misogyny from other women.

Whatever we accomplish, the social pressure and expectation to become a mother stays heavy on our shoulders. We see it in the media’s preoccupation with celebrities’ baby bumps, or in the movies whose plots culminate around pregnancy as the pinnacle of achievement. It’s unpleasant, yet the motherhood default setting has become so ingrained that women will force it on each other. But why?

Between old-fashioned gender roles and what researchers call the “myths of motherhood” — the idea that motherhood is integral to being a woman — we spend our lives absorbing and internalizing the conflicting notion that a woman’s true purpose can be found only in motherhood. Because of this, we’ve become uncomfortable (even if we don’t realize it) with the choice to opt out of kids. We see it as going against nature.

It seems to me that many women manage anxiety around social expectations by meeting them — and why shouldn’t we feel that that’s our only option? The message of is clear: Blend in or get out. Deviating from the script isn’t seen as a valid choice. It’s something lesser, or even wrong. And given the way our culture vilifies women who do not want children, it’s no wonder that being comfortable with being childfree feels like such a threat. Thought of as selfish and conceited, the childfree woman is nothing more than an unrealistic (albeit appealing) trope: a rested, freewheeling bon vivant drawing from endless disposable income reserves. Without problems or stress, who wouldn’t hate her?

The language of internalized misogyny directed at childfree women is subtle. It has a drive-by quality and ends with the vague feeling that something is actually wrong with you. When the response to, “I don’t think I want children,” is some variation of, “But it’s your purpose. What if you regret it?” — that is a clear rejection that hurts the individual and our entire team.

Little Support from Other Women

On the surface many women agree that women have the right to choose. But what about a woman’s right to be left the hell alone about her choice? Doubting her decision or nudging her toward the “norm” undermines the choice itself. A patriarchal society doesn’t want women to have the power of self-determination, and when we question a woman’s choice about her own life we do the patriarchy’s dirty work.

Like it or not, there are plenty of women out there who had children to defer fear or regret. And that’s not OK. After all, the only thing that makes us more uncomfortable than woman who doesn’t want children is a woman who has them and regrets her decision. A quick Googling of “I regret having children” yields sobering results. Amid all the otherwise happy parents blowing off steam, there are some truly miserable souls lovingly performing the mom role out of responsibility and obligation.

But rather than protect each other from this fate, we push for “just in case” motherhood without much critical thought. Meanwhile, young women are left isolated in the weeds of self-doubt or, worse, as unsure mothers struggling to provide care to their kids. All because the people who matter most — the band of women who were supposed to trust, support, and respect her — questioned, dismissed, and undermined her choice instead of accepting and celebrating it.

This damages us. It separates us from each other. And we don’t even know we’re doing it. We must change. We must stop and remember that real choice includes accepting that some women don’t want children at all. It’s up to us — each and every one of us — to choose.

A Profitable Way To Multitask? Grab One Of These Money-Centric Beach Reads While You’re Grabbing Some Rays
Life is the topic. Money is the tool.