What Happens When You Owe Income Taxes In Two States 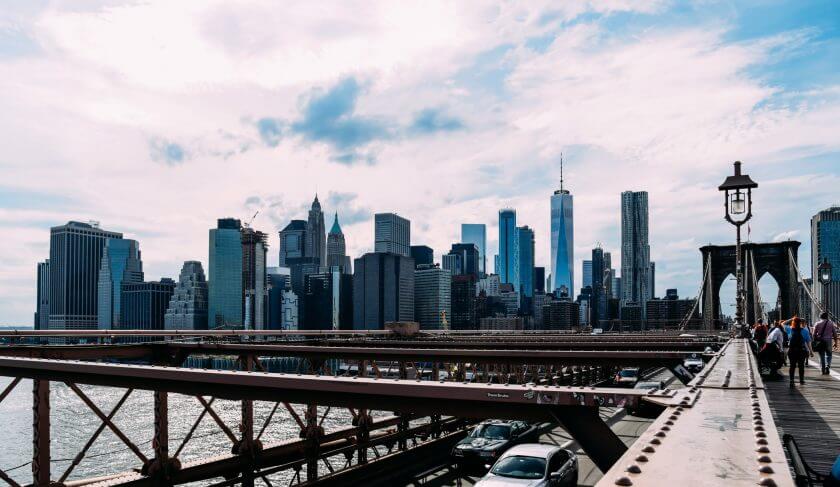 Many of us have changed our living arrangements due to COVID-19, and will want to avoid owing income taxes in two states next April. Here's how.

Not subscribed to HerMoney’s weekly newsletters yet? This is what you’re missing! Here’s a look at what we published in our “This Week In Your Wallet” newsletter, Tuesday, Sept. 1, 2020.  Subscribe Today!

This Week In Your Wallet:  Taxes, Takeout & TGIF

When my parents officially changed their residency to Florida — with the intent of spending more than half the year there, thus qualifying to pay those appealingly lower Sunshine State taxes — they did it very, very carefully. They kept calendars and exacting records in case they ever needed to prove they crossed the six-month-plus line. Friends who rented or purchased pieds-a-terre in NYC did similarly, only their intention was to prove they didn’t spend enough time there to qualify as New York City residents. There’s even an app called TaxDay that you can put on your phone that will track your whereabouts for you in case you are afraid you’ll lose track of them yourself.  Who uses TaxDay, the website asks rhetorically? Busy executives. Professional athletes. Multi-state residents.

Thanks to the pandemic, this complicated scenario is about to hit home for another batch of people as well. Among them: Young adults (and anyone else) who moved home to work remotely while spending some quality coronavirus time with their parents, people who hit the road for their second home in another state, and even (sadly) some essential workers who came to the rescue of states that needed their help (ahem, New York) and, as a result, earned money there. A baker’s dozen states (AL, GA, IL, IN, MA, MS, MN, MI, NB, NJ, PA, RI and SC) have said they won’t tax people who are living there temporarily because of the pandemic. But if you’re not in one of those — and  “…if the state where you’ve relocated does not have a reciprocity agreement with the state of your primary residence, you could be subject to double state-income taxation,” writes Jenny Gross in The New York Times.

If you live permanently in a high-tax state but have temporarily headed to a lower tax one (or one of the seven with no state income taxes — AL, FL, NV, SD, TX, WA and WY — you still have to pay your home state unless that temporary move becomes permanent. The big question is, how will the state you’re trying not to pay know the difference? Auditors are likely to be on the lookout, and credit card receipts and phone records are a big giveaway.

Also: If you’ve got tax questions about IRAs, backdoor Roths and 529 contributions, we’ve got answers at HerMoney.com.

Then, There Are Those Payroll Taxes

Specifically, the 6.2% that you usually pay to Social Security. An executive order signed by the President on August 8, provides a respite from having to make that payment for folks who make less than $4,000 (paid biweekly) or roughly $104,000 a year. The IRS released its guidance on how this payroll tax deferral was supposed to happen late Friday, giving employers (who are in the driver’s seat) not quite four days to figure it out and get it done. Importantly, this is a deferral of taxes, not a get-out-of-tax-jail-free card.  The taxes owed are on pause through year end 2020, but will have to be paid by April 30 of next year. The President aims to forgive them if reelected, but if that doesn’t happen, interest and penalties will be assessed.

So what happens now? Maybe nothing. Just as it’s the employer’s job to withhold payroll taxes on a regular basis, employers are being asked to not withhold now. But then what happens? As CNBC reports, the guidance seems to tell them to come up with some way to get the money back from employees —  like doubling up on the amount they withdrawal until it’s repaid — once the holiday ends in January. Bottom line: It looks like many employers are going to take a pass on this one.

And While We’re Talking About Taxes…

We might as well talk about death. The pandemic has been one big reminder that if you don’t have your financial paperwork in order — including a will, powers of attorney for finance and healthcare to allow someone else to take care of those parts of your life if you’re not able to do so yourself, and a living will (which fills a hospital in on which life-extending measures you want and which you don’t) —  it’s time. Particularly for anyone who has dependents, but also if you happen to care about what happens to your hard-earned money and other stuff when you’re gone, this basic estate plan is a must. As Charlotte Cowles writes in TheCut.com, it doesn’t haven’t to be a) difficult or b) expensive.  She points the way to a few high quality websites including Nolo, LegalZoom and Trust&Will where you can do the whole thing, soup to nuts, in a few hours for “a couple hundred bucks or less.” And if you do need an attorney but don’t have a relationship with one, consult the directory at the End of Life Collective.

Not since Rebecca Black hit YouTube with her shade-provoking ode to the day that kicks off the weekend have we had such a good reason to celebrate Fridays. But here’s one: It might save restaurants. The Washington Post’s Laura Reiley reports that data from 27,000 chain restaurants shows a doubling of Friday and Saturday night takeout business from the second quarter of last year. Not only were the numbers of Friday orders 31% higher than other days of the week, the average check was 34% higher as well.  Interestingly, while delivery orders are also up — Uber and Grubhub are reporting gains — it’s takeout that’s really fueling the trend. That’s not only good for consumers who aren’t paying their share of delivery fees, it helps the restaurants as well.

P.S. If you’re wondering if a tip is still expected when you takeout, the answer is yes — especially right now. And, please, be as generous as you can.

8 Numbers That Show The Real Cost of COVID-19 For Women
Life is the topic. Money is the tool.