When It Comes To Charting A Stellar Career, This Generation Of Women Has To Focus On Their Earning Power From The Get-Go 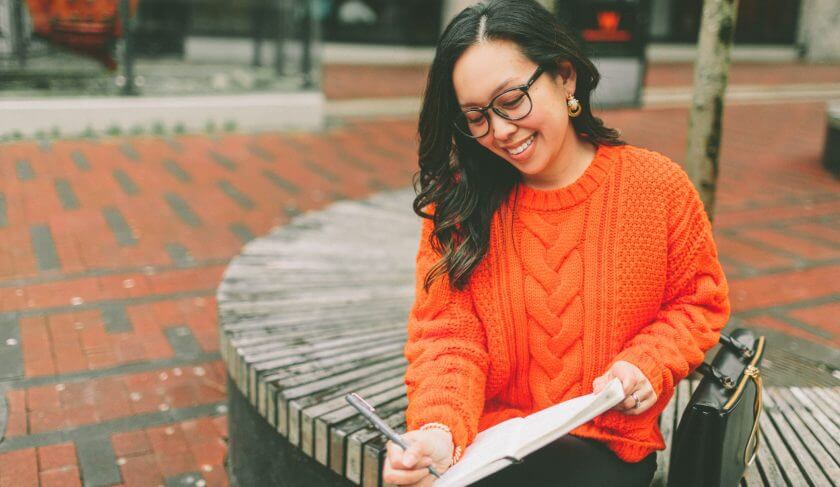 The financial realities of being a woman haven’t changed nearly enough, says Carrie Schwab-Pomerantz, President of Charles Schwab Foundation. Here's her advice for closing the wage gap one woman at a time.

Jean Chatzky: Carrie, the last time we sat down we talked about the gender gap when it comes to financial literacy and investing.  Today, I want to focus on the gender gap at work. Like me, you’ve always been in the workforce. How has it changed over the course of your career?

Carrie Schwab-Pomerantz: You’re right. I have never not worked.  The biggest chunk of time I took off was three months with one of the kids.  I was always afraid of getting behind – not financially, but professionally. I don’t know if that was a good thing or a bad thing.

JC: I don’t know either, but I have to tell you you’re not alone.  I never took a break from work either, and in part it was because there was an element of fear, although I also get a lot of satisfaction from what I do.

CSP:  Yes! There’s a sense of purpose I feel, a sense of independence and it’s about so much more than just the bottom line.  It allows you to grow as an individual.

JC: But we can’t discount the fact that there are also financial realities that make focusing on your earning power – as a woman – a very important thing to do.

CSP: You know the statistics.  We live longer. We earn less. We are the ones who tend to help everyone else and not ourselves – we’re the caregivers, we’re still more likely to take those breaks from work to care for our children and our older parents.   And the result is that when we look at the gender gap, it hasn’t improved as greatly as we’d hoped.

JC: There’s a horrifying statistic in my new book, Women With Money, from the American Association of University Women, that says we are not – if we stay on the same trajectory – going to close the gender wage gap until the year 2119.  2119!

CSP: If that’s going to change, it has to start at home, and I think there’s an opportunity to get the word out to parents.  I often talk to friends who find themselves encouraging sons to go into higher paying jobs and daughters into lesser paying jobs. One piece of research I saw on allowances found that parents are paying their sons more than their daughters – on average – for doing the same chores.  I don’t know if that was in the same family, but I do know that the averages were different. And yet, if you ask parents we’re not intentionally trying to set up our daughters to fail, but this is a topic that we have to address head-on and that means monitoring ourselves.  Because the wage gap clearly begins at a really early age – and that sets young women up for a struggle. If we work on it, maybe we could close the gap sooner than 2119.

JC: That would be nice.  But what’s clear, and what I like to focus on, is that even if you can’t close the wage gap at large, you may be able to close your own personal wage gap and insure your own long-term financial security.

CSP:  The most important thing that we can do for ourselves – and for our daughters – is dig in and educate ourselves and educate them on the basics of personal finance and investing.  That means being more intentional about learning and knowing that no question is a stupid question.  But it also means knowing that it’s never too late to start learning.

JC: How is this generation of young women different than the ones that came before when it comes to carving out a career?

CSP:  I do think this generation is about changing the world and making it a better place.  My daughter is the same way. She wanted to go into philanthropy. And I had to have the hard conversation with her, as her mother, that it’s important she pursue a for-profit experience and a higher living wage to protect herself in the long-term.  In the end, she’s going do both by working for a company that invests for social impact. She was able to find a happy medium with that. But parents have to realize they have a really great opportunity to have a serious conversation with their children about the fact that they are their own best advocate for their career projections, escalation and pay.    What I learned from my own work on the San Francisco Commission on the Status of Women is that women don’t ask.  We’re uncomfortable asking for more money.  Men think they deserve something before the experience on their resume even shows they’ve done it.  Women feel like we have to have done it three times before we deserve it.

JC: Did you talk to your daughter about negotiating for her first salary and all of these things?

CSP: I did.  I’ve had lots of conversations like that with my children and other people’s children.  But perhaps I’m a little more honest and forceful with our daughters about what they’re going to face as they go into the work world, explaining that they will or may run into road blocks in professional gain.  They have to be their biggest advocate. And they have to learn to do it not just with their career but with their money, too.

JC: You know, I totally agree.

CSP: Being involved with your finances – getting comfortable with your finances – is a life skill we all need to have.  Just because your partner knows how to swim doesn’t mean you don’t need to know how to swim. You’re on a boat. You both fall off.  You’re out of luck. For women, knowing where your investments are located (in what institutions), what you’re invested in, and being involved in all the big decisions is the very least we need to do.

Charles Schwab is a paid sponsor of this website and this content is for educational purposes only. No information presented constitutes a recommendation by Charles Schwab or any of its affiliates to buy, sell, or hold any security, financial product, or instrument discussed therein or to engage in any specific investment strategy.

This information is not intended to be a substitute for specific individualized tax, legal, or investment planning advice. Where specific advice is necessary or appropriate, Schwab recommends consultation with a qualified tax advisor, CPA, financial planner, or investment manager.

The ‘Other Talk’: How to Talk to Your High School Student About College and Money
Life is the topic. Money is the tool.