This Week In Your Wallet: Getting Out Ahead Of What’s Coming 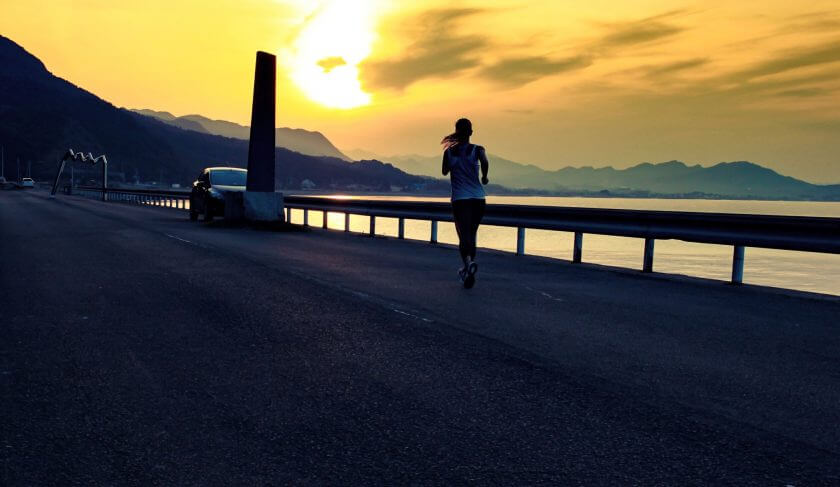 By now you’ve heard the rumblings beneath the stock market floor — we’re probably headed into a recession. There were whispers of it long before Trump’s trade war began, but now it’s practically being shouted from the rooftops, particularly by bond market investors. The inverted yield curve. Interest rate cuts from the Fed. Tariff tantrums.

But before you let various and sundry doomsday scenarios start playing out in your head, know this: We are always, technically, headed into a recession. This is how the economy works — we celebrate the highs, and try to hang on tight through the lows. The scary part is that you never know exactly when the bad times are going to hit, or just how bad things might get before it’s over. Absolutely no one wants to see a repeat of 2008, when people lost their homes, stalwart corporations collapsed, and millions of Americans were unemployed.  The Great Recession, which lasted 18 months, was an anomaly. Since the end of World War II, they’ve lasted 10 months on average. Economists warning of the impending recession say it’s unclear just how bad things might be this time around, and fully acknowledge that all this is happening in an economy that appears to be on solid ground. We’re still adding jobs, the economy is growing at a 2% clip, and many of the obvious indicators that loomed large in 2007 are nowhere to be found.

Understandably, you have questions. Situations like this leave many of us feeling like we need to take action — to get out ahead of it, whatever “it” is. And while you can’t stop a moving train, you can do things like: Being more cautious in your spending. Saving more, because you may need that emergency fund sooner rather than later. Investing cautiously, especially if you’re close to or in retirement (or another goal). And refinancing your higher interest rate debts (mortgages, student loans, credit cards) so that you can pay them off more inexpensively and may be even more quickly. Because if you have the opportunity to save some money every month, why not do it?

Lastly, try to focus on the positives, especially if you’re prone to anxiety in times like these. There are a lot of good things happening right now. Unemployment is low, there are more women in the C-suite, and more companies than ever are striving for sustainable capitalism, which can only mean good things for our country  — and world — in the long run. In fact, the Business Roundtable (a group of 181 CEOs of major corporations) just recommitted to prioritizing things like people and the environment. (Kudos to BlackRock CEO Larry Fink who gets credit in my book for getting the ball rolling.) The point is, in many ways, things are better than ever. So take a deep breath, and try not to panic. Over the coming weeks, we’ll be here to guide you on what’s important and where our economy may be headed. Yes, these are uncertain times, but we’ve got your back, and no downturn is ever permanent.

Fraud… It’s All (Unfortunately) In The Family

The biggest threat to mom and dad’s bank account in their golden years isn’t only someone you know — it’s (yikes) someone you’re related to, according to a new study from the National Center on Elder Abuse. Turns out family members are much more likely to financially abuse their elderly kin than some random online scammer. Of all the calls reported to the Center’s resource line, financial abuse was the most common complaint, accounting for nearly 55% of abuse calls. The callers identified their abusers as family members 47% of the time, making family members the most frequently reported perpetrators. Frightening, especially when you consider that elder abuse is responsible for an additional $5.3 billion in U.S. health care costs each year, due to individuals losing their savings and being forced onto Medicaid, or due to physical abuse.

If you’re looking to protect mom and dad as they age, or even protect yourself, there are a few easy steps you can take. First, always set up a trusted contact anytime you set up a financial account. Just provide their name and contact info — they don’t have to be a beneficiary— of someone who has the authority to talk to your financial advisor. That person can then be consulted in the event your advisor has questions about a particular transaction, or if something were to happen to you. You can also look to hire an experienced financial planner who can help to look out for your best interest as you age, and you might want to consider setting up some form of trust, which can help restrict who is able to access your money, and who your beneficiaries are. Lastly, if you ever suspect elder abuse, report it immediately to your local police, and to the National Center on Elder Abuse.

You’ve Given Me… Nothing But Frozen Dreams

Is weekly meal prep your thing? Perhaps you have a stash of frozen casseroles in your freezer for a rainy day? Or maybe you just hate waste, and so you toss everything into your freezer before it dies a slow and painful death in your fridge. This week, we loved the Washington Post’s suggestions for taking a good, hard look into your freezer and ensuring you’re using the space in the most efficient way possible to ensure access to versatile, ready-to-use ingredients and ready-to-eat meals. In case you forgot, there are serious health and financial benefits to being able to take 10 minutes and microwave a home-cooked dinner, rather than taking 30 and waiting for delivery from Seamless. Various celebrity chefs and cookbook authors weighed in on what’s always in their freezers, and some of their answers surprised us. Rachel Ray says she always has soup, ragu, or chili. Sunny Anderson is fond of “compound butter,” which is just butter whipped up with your favorite herbs, along with salt and pepper, and it can be thrown into any dish for flavor. Michael Solomonov tosses his overripe bananas in, where they’re saved for a future smoothie, along with grapes, which he can snag instead of ice cream when he wants an icy treat. Stella Parks is a fan of portioned cookie dough, which she says is ideal for when she wants a small freshly-baked treat, or when she has unexpected company pop by. The list goes on, but the point is that your freezer shouldn’t just be an icy morgue for leftovers past — it’s a gateway to saving money, staying healthy, and keeping it creative in the kitchen. (P.S. Our other favorite food find this week?  Ugly but delish organic fruits and veggies — at bargain prices.)

Baby Boomers’ wealth is now 12 times greater than that of millennials, which isn’t immediately the most shocking statistic, since Baby Boomers have had many more years to earn and grow their coffers. But there are some very real concerns that the average net worth for young Americans has gone down since 1998, as that of every other generation has increased. In 1998, households in the 20 to 35 age bracket had an average net worth of $103,400, but today, their net worth stands at an average of $100,800, according to an analysis from MagnifyMoney. That’s bad news, and to put into perspective just how bad, consider that in 1998, folks aged 52-70 had an average net worth of $747,600, but today they’ve grown that to $1,210,100.

Of course there are some very big reasons why Gen Y is struggling to keep up with their older counterparts. There’s student debt, which now stands at $1.6 trillion, and there are skyrocketing housing costs, which have increased from an average of $79,100 in 1990 to $227,700 today, according to Zillow. Also, the Great Recession made many Millennials hesitant to enter the stock market, and the ones who didn’t get in missed out on the upside when the markets rebounded. But thankfully the future isn’t all bleak — this generation still has a lot of years to reach its full financial potential. Focusing on debt can be a great way to reach your goals faster, so pay down those credit cards, and — as we noted above — look into refinancing to help lower your interest rates. Also, even if you aren’t interested in playing the markets, you at least need to be taking advantage of your employer-sponsored retirement accounts and any match offered there — because no generation can afford to leave money on the table.

HerMoney Podcast Episode 175: Investing For Good, With Nicole Connolly
Life is the topic. Money is the tool.