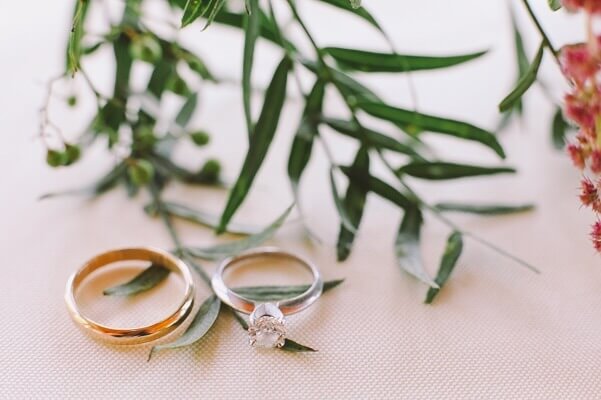 Here are the early warning signs of financial abuse, and what to do if you’re being abused.

One summer afternoon, then 15-year-old Nancy Salamone was hanging out on the boardwalk at Orchard Beach in her hometown of the Bronx, when she caught sight of a handsome older man strolling by.

To her surprise, he approached her and started flirting. “I was like, ‘Oh my God, he’s talking to me!’” she says. “I was captivated.”

Despite their age difference — he was a college student and budding chef — they soon began dating exclusively. Salamone didn’t notice the red flags because she was so smitten:

He proposed after she graduated high school, and they were married a short time later in a traditional Catholic ceremony. The day they returned from their honeymoon in Montreal, Salamone’s husband beat her, sexually assaulted her and left her bleeding on the bathroom floor.

Thus began a nightmarish 18-year marriage in which she was abused physically, emotionally and financially. Salamone’s husband forced her to hand over her paycheck to him, controlled the couple’s money, forged her signature on financial documents and put her career in jeopardy.

“It’s one of the tactics batterers use to enforce their control and keep women in the relationship,” says Kim Pentico, director of economic justice at the NNEDV. She also says some women are financially abused without being harmed physically.

According to Purple Purse, a public awareness and fundraising campaign aimed at creating long-term safety and security for survivors through financial empowerment, “domestic violence victims frequently cite income, employment and financial stability as the strongest, most immediate deterrents to leaving abusive situations.” Without access to money, and with their credit scores often in shambles, women’s options for everything from housing to job opportunities are severely limited. And having kids adds another layer of complication. Without adequate funds to support a family, there’s the risk their children could be taken away from them if they flee.

It’s a terrifying predicament to be in, so the sooner women can realize they’re in a dangerous situation and get out, the better. Here are the early warning signs of financial abuse, and what to do if you recognize them.

Red Flag #1: He Takes Charge of the Money

Not long into their marriage, Salamone’s husband told her he would take care of all the finances. He instructed her to hand over her paycheck (she made a decent income working in financial services), and in return gave her a small allowance that was barely enough to cover her train fare to and from work, plus meals. If she wanted to go shopping, she had to ask him for permission. Needless to say, he was the only one with access to their bank account. Being young and naive, and having grown up in a conservative household, Salamone assumed this was the way things were done.

“Abusers might also make women save their receipts to make sure that everything they purchase matches up to the amount spent,” Pentico says. “And they may go to lengths to ensure that your name isn’t on anything, from savings accounts to the deed on the house.” That way, he owns it all.

Financial abuse victims may not immediately understand they’re being taken advantage of. “Abusers are crafty, so it may start small. Your husband might say, ‘Let’s put everything in a joint account and I’ll manage the money,’” says Salamone, who later wrote a book about her story called “Victory Over Violence.” Sounds innocuous enough, plus you presumably love the person and trust that he has your best interests at heart. But then things progress until, before you know quite what’s happened, you’re completely under his power.

One night, Salamone’s husband made a jaw-dropping confession: He’d refinanced their mortgage and opened a credit card in her name by forging her signature on the paperwork. He admitted he was a compulsive gambler and needed the money to cover his debts.

“I think there was a part of me that always knew he was driving us into financial ruin, but like everything else, I kept it buried,” she remembers. He promised he’d stop; she took him at his word. Shortly afterward, calls from creditors started coming in. They eventually filed for bankruptcy.

“When your partner falsifies taxes — say he failed to report winnings at the casino and you’re hit with a big sum at tax time — the IRS has an Innocent Spousal Relief clause that won’t hold you liable for the cost,” Pentico says. “But, unfortunately, we haven’t found a way to protect people in the civil realm.” For example, if he applies for a credit card using your name, you can file a police report but it’s not likely to be taken very seriously.

Demolishing your credit score is also a mechanism to keep you powerless. “We used to see women leaving with nothing but the clothes on their back; now we see them leaving with the clothes on their back and crushing debt,” Pentico says. “As credit scores play an increasingly significant role in our lives, it can impede survivors’ ability to secure housing, a credit card, a cell phone, a car, even a job.” (Some employers check applicants’ credit before making a hiring decision.)

Other shadowy strategies abusers use: hiding assets, such as major purchases like a car, or concealing debt from their significant other. Check your credit report frequently. That will tip you off if anything is amiss. You can check reports from each of the three major credit bureaus for free once per year at annualcreditreport.com.

Red Flag #3: He Sabotages Your Career

Maybe he harasses you at work to the extent that your employer decides to let you go. Maybe he hurts you so badly that you can’t go into the office, either because you’re in pain or have a visible bruise that would raise questions. Pentico recalls a survivor who worked in HR. “The company had a policy that employees could not let their voicemail get full,” she says. “Her partner knew this, so after hours, he called her line over and over again in order to overload her mailbox.” When she explained the situation to her manager, he freaked out and, not wanting to get involved in a complicated domestic situation, simply terminated her.

Although Salamone never missed a day of work, her husband threatened her co-workers once she finally worked up the courage to leave him. Luckily, they were understanding.

Domestic violence in all its forms essentially boils down to intent. Let’s say your partner is a compulsive over-spender who is persistently in debt. He may need professional help, but it doesn’t necessarily mean he’s trying to harm you. “My husband has no interest in finances, so I’m the one who manages the budget, from where we store documents to how our retirement savings are invested,” Pentico says. “He has abdicated responsibility of his own free will.” And of course, even though she oversees the money, it’s not an abusive relationship.

“On the other hand, if my partner and I are arguing about bills and he gets up and starts clenching his fist in a menacing manner, the intent is to put me in a place of fear in order quiet me, to get his way,” she says. “You should be able to discuss difficult topics — financial or otherwise — without being scared of his wrath.”

Give yourself a gut check:

Your intuition is legitimate, even if you haven’t experienced what you’d consider outright abuse. “Investigate your feelings further by speaking to someone you trust or by calling the National Domestic Violence Hotline [1-800-799-SAFE],” urges Pentico.

Salamone’s turning point came two years after her husband admitted his gambling addiction. She came home one day to find him packing a suitcase. He announced that he was going to Las Vegas. Ordinarily she would have kept quiet and acquiesced, but this time something within her compelled her to speak up. She told him, “If you go, I won’t be here when you get back.”

He continued packing, so she walked out and went to her mother’s house. The next day, she opened a bank account at a bank different from her husband’s and arranged to have her paycheck deposited there. She got a therapist and an attorney and began divorce proceedings. But after the paperwork was set into motion, her husband mysteriously lost his job, and she was left solely responsible for the massive debt he’d racked up.

Her finances in shambles, Salamone’s lender foreclosed on her house and she began the slow process of rebuilding her life. Fortunately, she was making a good income, so she found a reasonably priced apartment, lived within her means and reached out to the credit companies to explain the circumstances of her bankruptcy and foreclosure.

It took three years for her to restore her credit and get back on solid financial footing. “I was responsible for the budget at work, and it dawned on me that many of the same decisions I made for the business would benefit me, too,” she says. “I actively began to take charge of my financial life.”

Financially, Salamone is one of the lucky ones because she had an income. “We have to get really creative with survivors, as their financial situation can make it extremely difficult for them to stay away from their abuser,” says Pentico. “It can take months or even years to squirrel away enough money to open a bank account without him knowing so that they have some resources to fall back on. Many shelters will take women for only a month or two, so it’s often a choice between being battered or being homeless.”

One survivor managed to get cash back during grocery store trips by turning in her clipped coupons after she’d paid for the food, so that her husband wouldn’t notice anything amiss on the receipts. Another sent herself a letter purportedly from her office saying that her insurance premium had been increased by $25 a month, then had that sum funneled to a private account.

“It’s also important to collect financial records and key documents like birth certificates, your marriage license, and Social Security cards before you leave,” adds Salamone. “And build your financial literacy so that you’ll feel empowered to take control. There is a warped sense of freedom when you think someone is taking care of you financially, but true freedom comes when you embrace responsibility and make your own choices.”

What We Can Learn From Secret Millionaires
Life is the topic. Money is the tool.