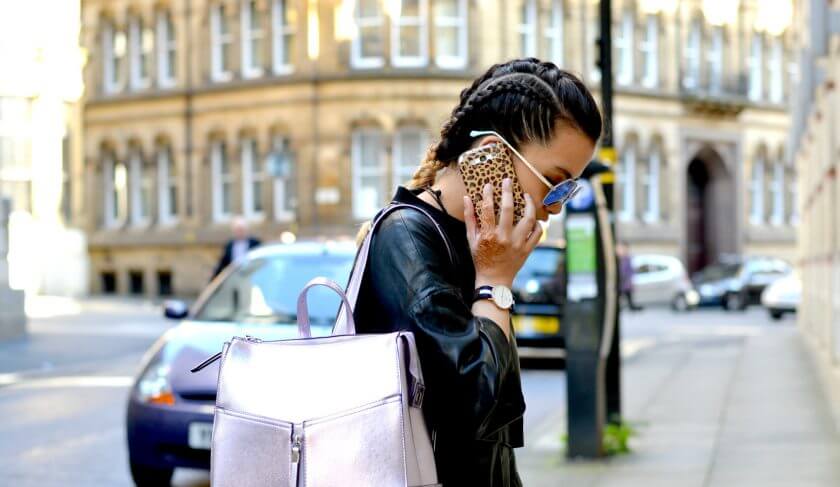 There are two economies. Don't believe me? The top 10% of Americans by wealth owned 87% of all stock outstanding in the first quarter.

Not subscribed to HerMoney’s weekly newsletters yet? This is what you’re missing! Here’s a look at what we published in our “This Week In Your Wallet” newsletter, Tuesday, Aug. 25, 2020.  Subscribe Today!

This Week In Your Wallet: The Two Economies

Over dinner the other night with my mom and stepfather, my husband and I started talking about what this election was going to turn on. Three out of four of us said it would be the virus. Was it under control? Could we see a vaccine on the horizon? One out of four said it would be the economy. I was the one. And, while under the haze of this shrimp and cannellini bean stew (it’s not really a stew, it is really delicious) I didn’t feel like I made my argument particularly well, I needn’t have worried. The next morning, I woke up and, while scanning the papers in bed on my phone, found that The Washington Post’s Catherine Rampell had made it for me.

She wrote, like Dickens, of the fact that we have two economies in this country. There is the largely professional and white collar economy of the college educated or other highly trained folks who haven’t missed a step during this pandemic. They’ve (or I should say we’ve, as I am fortunate enough to be part of this group) continued to work from home, earning their paychecks. Their 401(k)s, once a worry, have regained all of their lost ground.

Then there is everyone else: People who can’t do their jobs unless they “go to work” at businesses that closed down and have, in many cases, remained so. They work in retail, in restaurants, in travel and entertainment. They were kept afloat by the additional $600 a week in unemployment benefits from the CARES Act, as well as moratoriums on eviction and leniency from lenders (many of whom provided it even though it was not required). Now – as unemployment claims rose to 1.1 million in the most recent report – only about half of states have been approved to provide the additional $300 in unemployment benefits made available by an executive order. (There is another $100 in support that the states can provide themselves. Most are not.) These funds are projected to last until the beginning of September. Congress has yet to figure out what happens then.

Oh, and as for that roaring stock market?  The one that notched a new high for the S&P 500 just yesterday? Many of these people do not participate. A headline from Forbes.com reminded us “Why Owning Stocks Is the Single Best Way To Get Rich” while, almost simultaneously, the Wall Street Journal’s Paul Vigna reported that stock ownership has continued to get more and more concentrated among the few. “The top 10% of Americans by wealth owned 87% of all stock outstanding in the first quarter, according to data from the Federal Reserve,” he wrote. Gulp.

Another week, another scam. This one comes in the form of a phone call from a person purporting to be a contact tracer. You’ve heard about contact tracing – it’s the process of trying to staunch the spread of COVID-19 by figuring out who has come into contact with someone who has tested positive and encouraging them to isolate. State health departments have been hiring tracers by the hundreds. Now, there is an army of fake ones asking for payment information and more personal details than they actually need. So how do you know the difference? First, no legit contact tracer is going to ask for a credit card number. If that happens, hang up immediately. Ditto for your Social Security number or immigration status. True contact tracers will also not mention, by name, the people who tested positive. And although you may receive a text notifying you that a tracer will call and that you should answer, if the text has a link to click on, steer clear. That link could download dangerous software onto your phone, warns Julie Appleby, writing for Kaiser Health News.

Bottom line: It’s a little confusing. If you’re not sure that you’re talking to a real contact tracer, ask for their name, title, employer and phone number and tell them you’ll call back. Then hang up. That’s usually enough to get a scam artist to move on to their next victim.

When it’s money coming out of your 401(k). As Dayana Yochim explains on HerMoney.com, “In BC (Before Covid) times, the advice regarding this last-resort stash of cash was consistent: Any early withdrawal from a retirement savings account = Very Bad. An early 401(k) withdrawal = Bad. Taking out a 401(k) loan = Better, but still not great for your future. Then the Coronavirus Aid, Relief and Economic Security Act (CARES Act) changed the rules.” Essentially – if you play your cards right, it gives you the ability to turn a withdrawal from your 401(k) into a three-year interest free loan. That’s big. But be careful. Remember that when money is not in your 401(k), it’s not growing. The CARES Act passed on March 27. On March 31, the S&P 500 closed at 2584. Yesterday it closed at 3431. That 32% gain would have been painful to miss. There’s also the temptation to pull the money out, pay the taxes and as Yochim notes, put the whole episode behind you. That can be even more costly.

Still, if you’re hurting for cash right now, this is no longer an option you can ignore. Just make sure that a) your employer has adopted the provisions of the CARES Act that make this sort of transaction possible, and b) you go into the process with a plan for paying the money back within the three-year time horizon. “With a 401(k) loan, your plan administrator will set up the loan payment schedule and terms. Since you’re not required to make loan payments on a withdrawal, you’ll need to act as your own plan administrator and set up a personal repayment schedule,” she notes.

The Doctor Is In. Period.

Has concierge medicine popped onto your radar over the last year, or (maybe more likely) over the last few months? Although prices vary from practice to practice and from state to state, the concept is consistent: Patients pay a flat membership fee in advance for medical services, or, as it’s sometimes called, a “medical membership.” Concierge doctors have up to 90% fewer patients compared with traditional practices, and in many cases, patients are handed their doctor’s cell phone number as soon as they sign up. House calls are available, as is late-night coordination with specialists in the event of an emergency. But of course all this comes at a cost — anywhere from $50 per month, to $25,000 per year, according to the American Academy of Private Physicians. But this trend of people paying more for direct access to their physicians has only increased during the pandemic, reports Paul Sullivan in the New York Times this week. One reason? That direct access to your doctor comes with no need to sit in a waiting room, and right now, that’s worth a lot.

I learned earlier this year (at least I think it was this year) that I am an obvious non-millennial because of the way I type. I still double space after every period the way I was taught in my high school typing class. I can’t help it. In fact, I’m not even going to try.

But I didn’t realize that the fact that I use the so-called full stop might mean I need a lesson in 21st century etiquette.  When texting, periods are so final, they come across as rude. The same, it seems, can be true in some emails. Perhaps that’s why conversations are leaning so heavily on exclamation points these days? This punctuation talk is making me a little too self-conscious as the words flow from my fingers. Maybe, together, we can drum up some support for the good old ellipses….

Watch Out for These 3 401(k) Rule Changes
Life is the topic. Money is the tool.