Four Secrets to Mastering Your Money (Even In A Pandemic) 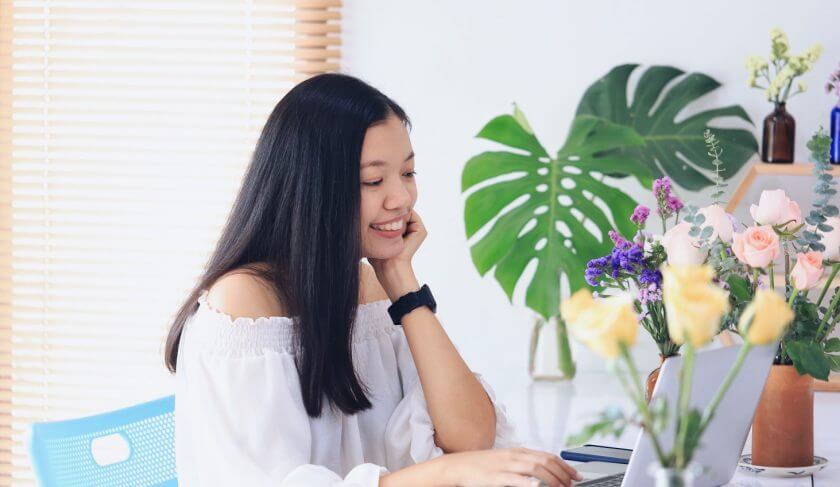 Want to understand a little more about how to wrest control of your finances and your future? Spending a little time with Dan Ariely, Chief Behavioral Economist at Qapital and the author of Predictably Irrational is a good place to start. I had the opportunity to do that for a recent Facebook Live. Here’s how he suggested wrapping your arms – and your brain – around your money right now.

LISTEN: Dan Ariely joined us for an episode of the HerMoney Podcast, and offered up some incredible advice for mastering your spending during the holidays (and for good!) Give it a listen.

Recognize That The Environment Matters

Making good financial decisions are always tough to make because although we make plans for what we want to do with our money – save, invest, etc. – the world has other ideas and those ideas – spend, spend, spend – don’t often sync up with ours.  “We go to the supermarket and we have a plan of what we want to buy, [we may even have a list,]” Ariely explains. “But the supermarket also has a plan, and the supermarket’s plan is not the same as ours, and they can change the environment to get us to do what’s good for them.”  That may include piping in the smell of cinnamon rolls browning in the bakery, or putting the latest iteration of Oreos at eye level.  It absolutely includes all sorts of sales – 10 for $10, BOGO – tactics.  By the way, he notes, these are not just problems we have in the financial arena. Any decision that requires self-control is fair game. So is any decision that offers a reward now against one that doesn’t come until later.

So, all of that happens in normal times.  These are not normal times.  These are stressful times.  Stress, Ariely explains, is a catalyst for making decisions that are even worse than normal. Remote schooling and work, adult children who have moved back in, layoffs, salary cuts, fear of getting sick, actually getting sick – every single one of those line items adds to your burden of stress. Research has shown that if you put people into situations where they feel depleted (like the ones we’re living through every day) they feel exhausted from making decisions.  “It’s basically like losing 10 to 15 IQ points,” he says.

So, What Do You Do? Four Things

Unusual times call for unusual measures. The thing about COVID stress is that it’s a very particular type of stress – it’s stress brought about by uncertainty.  Not only are we in an environment that we don’t control, Ariely says, we’re in an environment that we don’t understand. The most important thing you can do is to try to take some control in the following ways.

1. Don’t just automate, do something.  I’ve written often about how automating is the magic bullet that makes for successful financial plans.  You automatically put money into your 401(k) with each paycheck, and guess what – it actually happens. But right now, Ariely argues that it isn’t enough. You also want to do something active every week as a reminder to your financial psyche that you are, in fact, in control. So, if you’re trying to fund an emergency savings account (a really good idea right now if you don’t have one), then put some money into it via automatic transfer each week, but also sign onto your bank or credit union’s online portal yourself and move another $25 bucks or so. And while you’re there, for another dose of reinforcement, check in to see how your money is adding up.

2. If you’re making cuts, do it categorically.  In times of financial stress, we often need to cut our spending to make ends meet. The question is, what’s the most effective way to cut? Ariely argues that it’s categorically – look for things you can eliminate wholesale (like subscriptions or other services) rather than opting for a cheaper version of what you had before.  Why? Because the cheaper version will remind you that you had it better before. “Let’s say you drink a bottle of wine a week – an expensive one,” he posits.  “Then you say, I’ll buy one expensive, one cheap, one expensive, one cheap.  I’ll cut my expense in half.”  The problem is that every time you buy the expensive one, you’ll remember that next week is going to be the cheap one.  And when you drink the cheap one, you’ll think, “I could have had the expensive one.”  If you want to reduce your spending on wine, the thing to do is switch to the cheaper bottles all the time.  (We suppose you could also just stop drinking. But, COVID.)

3. Make Plan B ahead of time.  While you’re taking a whack at your budget right now, think about this question: What if things become worse?  Then, make a second plan of attack that you can pull out of your drawer (or open on your computer) if that happens. Why do this?  “Because when you make one plan, it’s not as much work to make a second one. You’re already working on it. You’re examining your expenses,” says Ariely.  The other thing this second plan gives you is perspective. “If you’re in plan A and you have plan B waiting for you, but it’s much worse, the contrast will also get you to appreciate that you’re still lucky. You’ll look at the things you still have and will enjoy them [more.]”

4. Focus on your behavior, not the outcome. Finally, in this time of unprecedented market volatility, make your best effort to focus on your behavior – the fact that you’re continuing to put money toward college for your kids, and retirement for yourself – rather than what your balances are short term. “If you put $1,000 into saving and the stock market goes down and you lose more than $1,000, you don’t want to feel bad about that,” Ariely says.  “Instead focus on the fact that [by saving] you’re doing the right thing. When the stock market stops being a [roller coaster] then we can go back to looking at the outcome.”

To get email updates every week when we publish a new show, join our HerMoney community here!

Everything A Biden Presidency Means For Your Wallet
Life is the topic. Money is the tool.